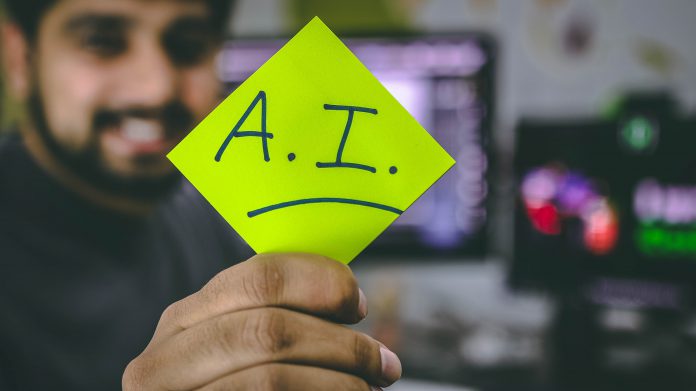 In a constantly evolving and fast-paced world, the need for insurance companies to be adaptable to changing risks has never been greater. According to InsurTech Akur8, AI is bringing this capability, allowing insurers across the board to remain in control.

Founded and headquartered in Paris, Akur8 began with a small team of data scientists with one goal in mind: to see if it was possible to bring AI and machine learning into the insurance pricing process.

Samuel Falmagne, CEO of Akur8, said this is a process that is typically heavily manual in nature, iterative, and ultimately error prone. This manual, data-driven process was the “sweet spot” for a solution, he said, making it the perfect use case for AI.

However, Falmagne said because there is a very high requirement in terms of transparency for compliance and regulation, due to adverse selection reasons, “you cannot just apply blackbox machine learning algorithms.” This was the premise in which Akur8 was founded upon: to create its own algorithms that bring all the benefits of AI machine learning into this use case, whilst maintaining full transparency and control.

Where is the added value?

Akur8’s AI pricing solution addresses the end-to-end lifecycle of insurance pricing, Falmagne said. Starting with the data preparation, the risk modelling, the demand modelling, and then building the commercial prices and putting them into production.

From there, Akur8 brings AI components at each step of this process to automate the data driven part. Part of the process that is based on statistics, which is likely 80% of the workload, is automated, thus allowing the users to focus on the expertise part of the decision making, and not on the repetitive time-consuming tasks.

“What we bring in terms of added value to our clients is first of all, speed,” Falmagne said. “We typically divide the total pricing lifecycle by a factor of ten, which is significant, because it usually takes months. So, when you compare months to days it has a major impact.”

The solution also brings significant improvements in profitability and competitiveness. The use of AI, Falmagne said, removes roadblocks in terms of capability to process big amounts of data.

“When you build a model manually, you need to review all the variables one by one and select the ones that are relevant. But if you’ve got a database with 1,000 variables, it’s a huge piece of work that could take months… because we are automating this, we are able to more easily leverage external data sources and so increase the productivity of the models that we are building.”

The result, Falmagne said, is that because the client has a model that is predicting better, it means the risk is understood better, hence the client can build better pricing to better cover the risk, translating into better financial results.

The third benefit is that it can bring greater transparency and control, improving the robustness of the pricing process. Insurance pricing is a unique and specific area, where there are many unknowns, this means precision is paramount in predicting risks. Falmagne said the algorithmic approach means all possible combinations can be tested where manually this would not be possible.

Akur8 is addressing most lines of business in insurance, except for life insurance, including property & casualty (P&C) in personal and commercial lines, as well as health. The InsurTech boasts a diversified portfolio of clients from large groups such as AXA and Generali, to InsurTechs such as Luko.

At the centre of Akur8’s ethos is transparency. The InsurTech strives to transform the insurance industry with an “ethical artificial intelligence, AI for good” value at its core.

“This notion of transparency is very important,” Falmagne said. “Firstly, this is because of regulatory reasons, you cannot choose any variable you want to get the price, you cannot discriminate on gender for example in Europe… But if you take standard blackbox machine algorithms, even if you remove one of those variables by doing multiple interactions, the algorithms can rebuild this variable without you knowing it.

“In the end you end up using a variable you are not supposed to use, because the algorithms have been doing some things in the back and you are not aware of it.”

What Akur8 does, however, is create transparent algorithms. In this way, there are no blind spots and you are compliant with regulations. Falmagne said Akur8 is patenting its algorithms and expects to have a global patent at the end of February.

AI is having a major impact on pricing in insurance. Falmagne said this has really been accelerating in recent years, particularly with external events such as Covid-19, which have significantly changed behaviours of people, meaning risks are also changing.

Falmagne said there is a need for insurance companies to adapt to this change faster, even, to anticipate them. “It doesn’t make sense to apply today prices that have been computed on models that were built two years ago. It’s another world.”

AI is bringing this capability to insurance companies  to enable them to cope with the rapid change, to iterate much faster, and to remain constantly in control even in an ever-changing world.

However, a relative reluctance to change could be holding the insurance industry back in its ability to adopt more AI-based processes into its pricing solutions.

“It takes time… and when you start using the AI solution you are also changing the business processes,” Falmagne said. “It’s really an enabler to change the process, but then it requires some change management and to work with the users to make sure they understand that their job is going to be a bit different, but they are really going to be empowered by AI and to focus more on the valuable part of their job.”

Secondly, is the issue of transparency. Falmagne added that if the insurance industry wants to fully leverage AI, it must have the capability to keep transparency and control in the processes. “Some companies have already experienced the issues that can arise with blackbox models that cannot be understood, validated, or controlled, and are therefore risky.”

Last year saw Akur8 embark on a slew of partnership deals, predominantly in Europe. The InsurTech company signed a multi-year deal with Generali France, teamed up with wefox Insurance in Germany, and formed partnerships with VIG Poland entities, Beesafe and Compensa.

Speaking on the company’s growth trajectory, Falmagne said that given Akur8’s European roots (its headquarters are in Paris) it was natural to start with the largest European markets. The company also has offices in London and is currently opening offices in Milan, with plans to unveil an office in Madrid as well.

“But, what’s interesting with our use case, is that it’s really very international,” Falmagne said. “We are building models in the UK, Japan, Chile, and the US. There are differences in terms of regulation and in terms of the data you can or cannot use, but the basics are the same.

“We’ve been international quite fast with a natural focus initially on Europe but expanding a lot in all geographies. We’re live in 10 to 20 different countries now, which includes the US, South America, Asia, with a presence also in Japan and China.”

Also in 2021, Akur8 closed its Series B round on $30m, which was backed by its existing investors BlackFin Capital Partners and MTech Capital on top of a new lead Fintech investor. The InsurTech said that capital from the round would help it expand internationally, with a focus on deepening its footprint in the US and establishing a presence in the APAC region in 2022.

Moving further beyond its European roots, the APAC region is also an important market for Akur8. Although it is less mature in terms of pricing and sophistication, Falmagne said, there are also regions such as Australia that are more sophisticated; it is an appealing market for the company. As such, Akur8 is going to open an office in Tokyo, currently finalising its local hiring offers, with some “very big” client partnerships to be announced in the coming weeks in Japan.