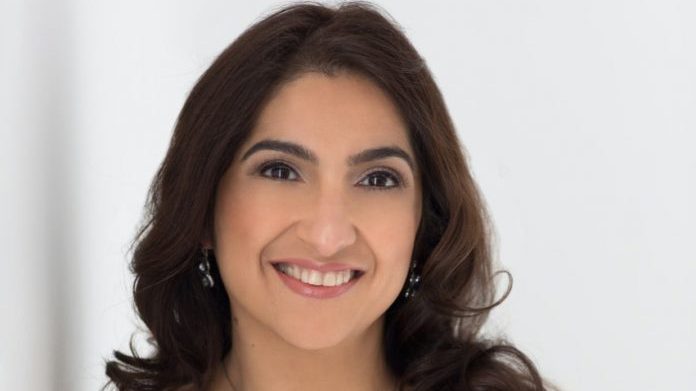 Inspired by advances in machine vision, neural networks and the new possibilities for AI systems, two computer science graduates formed a team of researchers and engineers at Tractable to explore the real-world opportunities of applying deep learning to image classification.

Tractable was founded in 2014 after Alex Dalyac and Razvan Ranca formed a team of Oxford and Cambridge University-trained researchers and engineers.

Sakina Najmi, VP marketing at Tractable explained that the company’s applied AI enables its customers, some of which are the largest insurance and automotive companies in the world, to visually assess images of a car or home, classify their condition or amount of damage, and provide a detailed repair estimate, quickly and consistently, at scale.

“When an accident or disaster strikes, AI can respond up to ten times faster,” Najmi said. Instead of it taking days or even weeks to assess a damage claim after a car accident, for insurers applying Tractable’s AI, it can now take minutes. And when properties are hit by a natural disaster, our AI enables homeowners to assess damage so claims can be processed – and livelihoods restored, in a few hours.”

Even beyond accidents and disasters, Tractable’s AI can also be applied to identify auto parts that can be salvaged from old or junk cars, helping repair shops more effectively source the exact parts they need, promoting efficiency and recycling.

Insurance is heating up

Although an exciting and innovative industry, InsurTech is not without its challenges. According to Najmi, these range from old or outdated back-office systems that are hard to integrate with new technology, to the rise of new tech-enabled companies that are able to make purchases and obtain services online with ease, but when it comes to more simple processes such as making a claim, they haven’t been able to keep up.

“The solution is to improve the services being offered so that making an insurance claim is as seamless and painless as, for example, ordering a takeaway or carrying out online banking. But for that to happen, a lot of elements need to change.”

One of the most-pressing issues facing the industry is one that is unfortunately an external shock, affecting almost every corner of the economy: inflation.

“The cost-of-living crisis affects us all, including insurers,” Najmi said. Prices for their services are going up, and the amount that people are willing to spend on them is decreasing as other needs, such as heating bills, also rise. “As a result, the sector is becoming more competitive, and those who are able to be more efficient will gain market share.”

Arguably even more pressing due to the disastrous consequences, is climate change. “This is the great fear facing insurance,” Najmi said.

With the climate heating up and a somewhat too-little-too-late response from governments thus far, the planet is likely to suffer more natural disasters and man-made problems. The issue for insurance, Najmi said, is that this could put so much upward pressure on insurance premiums to a point they become too much to bear, exacerbating the situation when disasters do strike.

AI could be crucial in equipping the industry to weather these challenges. “We believe we can use technology to cope with some of these pressures, for example by enabling wide-scale property damage assessment when a hurricane strikes a large area,” Najmi said.

AI that is better for businesses and the planet

AI is accelerating processes across the insurance sector, but how does Tractable’s AI work exactly?

“Where we operate is in applying the technology to visual assessment tasks,” Najmi said. Tractable’s AI, trained on millions of real images, is as accurate as a human assessor and improves as it learns with more images and applications.

“It’s like a car or home expert who has worked on millions of vehicles or houses, and can consistently assess damage and condition to standard each time. This improves the speed of assessments, which assists all the stakeholders in the journey – from experts to loss adjusters, to the end-user.”

The company describes itself as an “applied AI’ company, whereby its solutions have real-word implications by helping people work faster and smarter, whilst also reducing friction and waste, cutting carbon emissions, and increasing the scale of recycling and reuse. “It’s better for businesses and the planet,” Najmi said.

For example, LKQ North America is the leading provider of alternative vehicle parts and the world’s largest automotive recycler, and it uses Tractable’s AI to optimise end-of-life vehicle recycling across North America.

Najmi said, “Our AI uses computer vision to assess specific damage on each end-of-life car and then determine the parts that can be recycled and reused. By improving the recycling process, LKQ can successfully increase the amount of parts that can be reused, reducing waste. It also allows LKQ to reduce its carbon footprint by assessing parts without in-person appraisal.”

Tractable has expanded from its European origins and is now working with insurers in the US, Japan, and most recently, Brazil. Earlier this year, the company opened an office in Sao Paolo to act as its Latin American headquarters, and hired country manager, Vinicius Franklin, to spearhead its efforts in the region. The announcement of the office followed its partnerships with Mapfre and Atos in the region.

According to Najmi, the company has always considered itself a global one. This is in part because AI is expensive to develop, necessitating the need for economies of scale – big insurers with hundreds of thousands of claims to process.

“So, we’ve always sought to work with the world’s biggest companies, including Japanese insurers like Tokio Marine and MS&AD, as well as Mapfre, the largest insurer in Spain, who we are working together with in Brazil.”

Testament to the impact of Tractable’s solution can be seen in that the company is now used by over 35 companies in over 14 countries. “Our customers are finding value in our solutions, and that’s being noticed by their peers who then look to follow suit,” Najmi added.

The demand for its solutions remains strong in both new markets and existing ones; the company is not letting up.

“We are excited to expand more deeply into the automotive and property ecosystems, working with some of the biggest companies in the world to uncover new use cases for our visual AI.”

In the auto sector, Najmi said Tractable’s customers will use its AI to improve car assessments outside of accidents and insurance claims, for example when a vehicle is bought, rented or scrapped. And in property, the company has ambitions to bring on more global clients, including in North America, to use its AI to help people recover from natural disasters more quickly, especially as climate change brings more frequent and severe weather events.

On the technology front, Najmi said Tractable is deepening its AI expertise in visual assessment, and continuing to develop its applied AI solutions so they can be applied to more use cases.