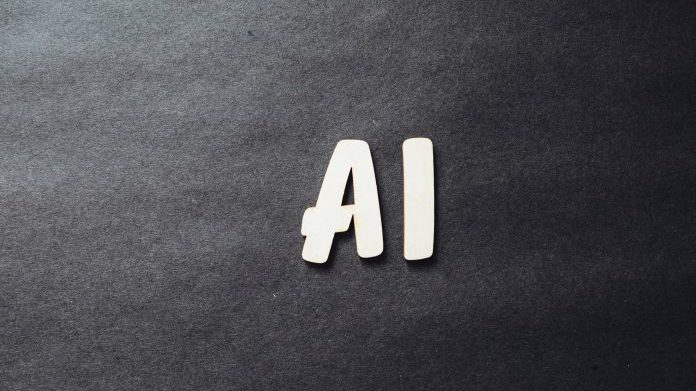 It has been said AI is not a silver bullet to all the insurance industry’s shortcomings. So, what’s all the chatter about? Where is it best suited, and what (if any) are its limits?

Artificial intelligence, although not new, has the potential to transform the insurance industry. As a centuries-old industry however, insurance is often critiqued for suffering from inertia when it comes to adopting the technology.

That could be changing. Ruth Fisk, vice president of strategy, insurance, at Smart Communications, said the pandemic has provided new impetus to digital transformation and AI adoption. She said that those who were early to adopt the technology are recognising competitive benefits such as automating processes and revealing predictive analytics.

Industry executives are in agreement of the value it can bring to the industry. Alex Johnson, head of insurance solutions at Quantexa, said, “AI is an extremely powerful tool for the insurance industry. It enables organisations to make smarter, more intelligent and more automated data-driven decisions.”

“The advances in recent years have enabled the creation of decision intelligence models which have the ability to apply context to improve decision-making, compared to legacy AI approaches which are often black box. We have seen that AI can increase decision speed by between 10-30x on over 90% of core operational decisions.”

Where is it best suited?

AI has become somewhat of a buzz word, but experts often warn it is not a blanket solution to be used to add sparkle to an industry often criticised for being slow to modernise.

According to Akur8’s chief operating officer, Anne-Laure Klein, AI is most relevant in use cases with high automation potential, in which a large amount of data is involved, and that operate in a relatively predictable environment. It is also often applied to improve the performance of existing analytics.

Klein pointed to a report published by McKinsey in 2019, which found that AI accounts for over 25% of the total impact derived from analytics. The report also stated that AI can improve the potential of other analytics techniques, generating a potential 38% incremental value compared to other analytics approaches.

In addition, AI can also improve decision making processes. In the auto insurance sector, Jimmy Spears, head of automotive at InsurTech Tractable, said that AI and computer vision are great at identifying damaged vehicles and identifying those parts needed for replacement. However, it is not simply the damage identification that matter, but rather, the decisions that are then made from this.

“Early and accurate decision making is where the value lies for both consumers and insurers. What is game-changing is the ability to quickly direct a damaged vehicle to a great repair facility, order a rental car and order parts, so they arrive at the shop as the car arrives there for repair.”

Moving on from the behind-the-scenes processes of insurance, Smart Communications’ Fisk said that AI can help insurers level up their customer communications strategy and provide a more personalised experience. She said this is one of the biggest pain points for insurers today, and a key way to differentiate themselves in the market.

“The days are long gone when a generic blast email to consumers will suffice. Instead, customers want to feel like they are having a two-way conversation with a company that are specifically tailored to their needs and preferences. This can be very challenging for a company without advanced tools in place. Luckily, AI can help make this happen.”

Fisk, and others, explored the role of AI in improving the customer experience in a recent article from FinTech Global. It can potentially empower insurers to provide more personalised experiences, free up their human resources, and therefore provide better customer service.

The cusp of change

Industry executives are also generally in agreement that the industry is moving from a traditional protection model that is reactive, to a more preventative model that is proactive. Smart Communications’ Fisk said insurers are “on the cusp of change”. She said that modern communications platforms with elements of AI can provide insurers the ability to efficiently manage communications to support this effort, “dramatically increasing engagement levels to better prepare Insured’s in how to avoid or lesson claims impacts.”

In the auto insurance industry, Tractable’s Spears said that AI is valuable for risk management even at a very personal and customisable level. For example, “Some drives to work or other places can be rerouted to avoid dangerous intersections.  Where you park your car can be better coached if your car alerts you to known areas of vehicle thefts or crimes,” he said.

Quantexa’s Johnson added, “When it comes to AI used in customer decision intelligence models, we are seeing that the ability to use AI to uncover insights regarding customer behaviours and associations allows you to have a more proactive approach to understanding future claims propensity and exposures.” This can then be used to predict claims occurrence more accurately, hence delivering a more preventative approach.

A threat or opportunity?

When asked whether AI could represent a threat to traditional insurance companies, Akur8’s Klein said that in fact, AI can help insurers become more competitive and to improve their processes. “Our experience at Akur8 is that AI can be an enabler and a game changer for all types of insurers as far as pricing is concerned,” she said. Klein pointed to some of Akur8’s client which include many large international insurers such as AXA, Generali, Munich Re and Tokio Marine.

Tractable’s Spears suggested that AI only poses a threat if it is not adopted. “Any technology not embraced by a corporation or industry but embraced by their consumers presents a threat. For example, the traditional cab drivers were slow to accept the app-driven mobile phone and allowed bigger competitors to emerge.”

Both Smart Communications’ Fisk and Quantexa’s Johnson were in agreement that AI represent an opportunity rather than a threat. Johnson said the use of AI for traditional insurance companies can allow them to see higher customer satisfaction and use a wealth of historical insights to their advantage. Fisk added that the technology also enables companies to streamline process and implement digital experiences.

What are the limitations of AI in insurance?

The benefits of AI in insurance might be relatively undisputed, however, Quantexa’s Johnson said it is too often assumed that AI will always deliver instant results. “Whilst extremely powerful, it has to be applied in the right way, with the right context and correct business application. If AI is applied to poorly thought through processes, incomplete data with unclear objectives it can actually do more harm than good by “training” away from what good looks like.”

Another key consideration, Johnson added, is transparency. “For an industry like insurance, where the core focus is to serve their customers, often in times of need, it is critical that decisions are made fairly and transparently. We have seen that capabilities like Contextual Decision Intelligence (CDI) actually increase transparency of customer decisions by allowing for a truer view of customer interaction, and also a complete audit of the data used and decisions made. This allows customer decisions to be made with more context.”

Akur8 also strongly advocates for transparency in the use of AI, especially if it to be used ethically. Klein said, “Akur8, our DNA is Transparent AI at the service of pricing teams, meaning ‘people’, be they actuaries or pricing experts. We have conceived our solution to empower actuaries and pricing teams to make better decisions, faster, through AI by automating the data-driven part of the pricing process.

“Yet not only is the output fully transparent and auditable, but they also remain in control of the rate models that they can choose to edit based on their business or portfolio knowledge.”