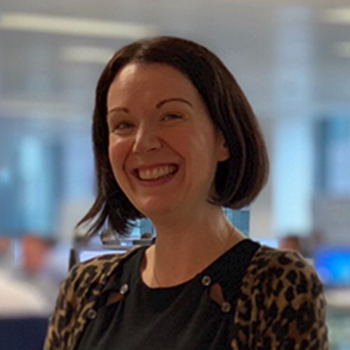 Amy is Head of Customer, UK Claims. She joined Zurich in 2007 as part of the Actuarial Graduate Scheme. She spent five years in a variety of Actuarial roles and then became the Strategic Assistant to the Managing Director, Zurich Municipal in 2012. In 2014 Amy was appointed Head of Charities and Social Organisations, with responsibility for delivering the end-to-end Zurich customer proposition to charities, trusts, and other voluntary groups. She ran various parts of the Zurich Municipal business, eventually becoming Head of Public Services, PFI, Health and C&SO. She latterly held the post of Chief of Staff for the UK.

Amy is a member of the Zurich Community Trust “Executive”, part of the governance structure that helps to support the Trust’s Board of Trustees. Amy has a passion for sustainability and has led or sponsored various activities across the business in this space. She also sits on the Pension Trustee Board and is Chair of the Ethics Board for Ninety, an insurance innovation consultancy committed to giving 90% of its profits to social causes.

Amy holds two British Sign Language qualifications, and is a keen fund-raiser for local and national cancer charities. In her spare time Amy is an avid fan of penguins, Japanese logic puzzles and gin (not necessarily at the same time!!).