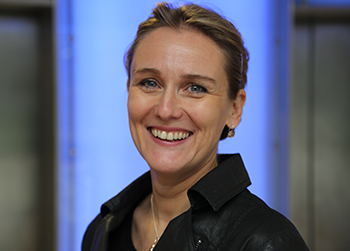 Stephanie is Chief Operating Officer at Allianz Insurance plc. She joined Allianz in 2009 as a Head of IT, having previously worked at British Airways, Deloitte Consulting and Rolls Royce Aerospace Group.

In her role as Chief Operating Officer, Stephanie has overseen the development of the Allianz offshored operation, the significant growth of safeguarding and resilience as a function, and most recently, the acquisition of LV GI= and L&G GI.

Stephanie is a scuba diver and chartered Mechanical Engineer, and is passionate about inclusion; she is the Executive Sponsor of the Allianz Pride UK network. In 2017, Stephanie was shortlisted for Insurance Leader of the Year at the Women in Finance awards and in 2019 as Corporate Ally at the LGBT Awards.