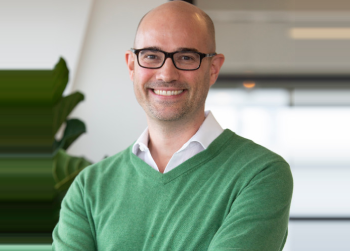 Chris is a London-based entrepreneur, FinTech investor, and mentor. He is the founding Partner at Outrun Venture Partners LLP and a Venture Partner at Techstars. Previously, he was Managing Director at the Barclays Accelerator powered by Techstars where he ran Europe’s leading FinTech accelerator. The accelerator portfolio recently passed in $1 billion in company valuations.

Chris spent the majority of his professional career in the United Kingdom. In 1997, he moved to the UK to join GE Money and remained with this business until 2006, taking on various roles in Finance, Operations, and Sales and Marketing. In late 2006, he co-founded a specialty finance business, Marlin Financial Group, that quickly became one of the UK’s fastest-growing privately held companies, appearing in the Sunday Times Fast Track 100 for four consecutive years. In 2014, Chris and his co-founders sold their business to a NASDAQ listed entity and large U.S. Private Equity group.

Subsequent to the sale, Chris has been an active private investor, focusing primarily on disruptive FinTech companies. He is a seed investor in Atom Bank, the UK’s original “mobile first” bank (now backed by BBVA), Monese (now backed by Paypal), Everledger (now backed by Fidelity), Shieldpay (now backed by Visa), Simudyne (now backed by Barclays) and Smart Pension (now backed by JP Morgan) to name a few. He is also on the board of advisors of Railsbank (accessing to global banking with 5 lines of code) and Quant Network (providing the interoperability layer between blockchains). In 2018, Chris was named the Angel Investor of the Year by the UK Business Angel Association and in 2017 was named the most active FinTech angel in the world by Fintech.Global.  He has made over 50 private investment and a further 50 investments through Techstars in five years. In 2019 Chris co-founded Outrun Ventures which invests in early stage UK and European fintech businesses.