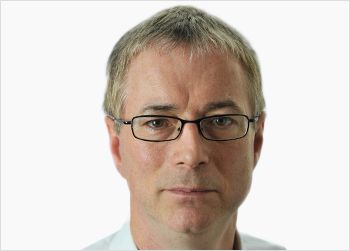 James is the Chief Risk Officer of OakNorth –  the bank for entrepreneurs, by entrepreneurs – where he is responsible for development and implementation of the bank’s Risk Management Framework, as well as leading the day-to-day risk management activities. As a member of the EXCO since before the bank’s full authorisation, he has been part of the leadership team which has created a new bank which is already profitable in its second year of trading (£10.6m in 2017) and has lent over £1.2bn to fast-growth SMEs. OakNorth is now embedding its sister entity, ACORN machine, with banking partners around the world, enabling them to replicate OakNorth’s success with SME lending in the UK in their own market/s.

Prior to joining OakNorth, James had a long career in RBS in the UK Corporate Banking division, in a range of senior risk and strategy roles: as leader of corporate credit risk teams and later the risk policy and strategy team, COO for the risk function, and as Head of Strategy for RBS UK. He was also for a time CAO for the W&G project which sought to create a stand-alone UK challenger bank.