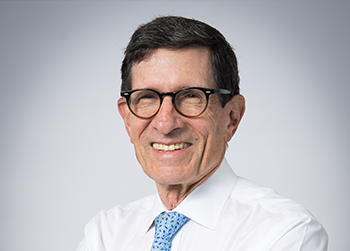 Richard Berner is Clinical Professor of Management Practice in the Department of Finance, and, with Professor Robert Engle, is Co-Director of the Stern Volatility and Risk Institute.

Professor Berner served as the first director of the Office of Financial Research (OFR) from 2013 until 2017. He was counselor to the Secretary of the Treasury from April 2011 to 2013. He served as chief or senior economist at Morgan Stanley, Mellon Bank, Salomon Brothers, Morgan Guaranty Trust Company, and the Board of Governors of the Federal Reserve System. He received his BA from Harvard College and his PhD from the University of Pennsylvania.

Berner is a member of the Market Risk Advisory Committee at the Commodity Futures Trading Commission, the Milken Fintech Advisory Committee and the IMF panel of experts for financial stability, and is an advisor to FinRegLab, MacroPolicy Perspectives, HData, Inc., and the Alliance for Innovative Regulation.