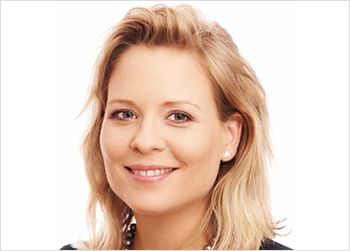 In her spare time she pursues a PhD on blockchain/distributed ledger technology in relation to financial market infrastructures at CASS Business School London. She is a founding member of the Global Blockchain Business Alliance, a Fintech Fellow and lecturer of the Centre for Global Finance and Technology at the Imperial College Business School London and a fellow lecturer at Queen Mary London School of Law.

Ruth was named as one of 2010s ‘Rising Stars’ by Financial News; named in Management Today’s 2011 ‘35 Women under 35’ list of women to watch (Sunday Times), and one of the 100 Most Influential People in Finance 2012 as named by Treasury Risk Magazine. In 2015 she was the recipient of the ‘Women in Banking and Finance Award for Achievement’ and in 2016 and 2017 she was named on the global ‘Women in Fintech Powerlist’ of Innovate Finance.

She speaks five languages (EN, DE, F, ES, IT) and has completed studies in various countries, including an MA Financial Economics (UK), an MA International Politics (FR) and an LLM in International Economic Law (UK). She published two books: “EU Payments Integration – the tale of SEPA, PSD and other Milestones along the Road” (2010) and “Transaction Banking and the Impact of Regulatory Change: Basel III and other challenges for the global economy” (2014), both Palgrave MacMillan.