Given the increasingly complex requirements placed by regulatory authorities on AML and KYC procedures, along with the heavy fines imposed for inadequate compliance, it is no surprise that 44% of the 416 companies analysed in the Global RegTech Review report address these areas of legislation. The third most commonly addressed regulatory framework is MiFID II, which is the EU-wide set of legislation designed to improve transparency and investor protection. More than 15% of RegTech companies offer solutions addressing this regulation. Basel III, PSD2, Solvency II and AIFMD are the next five most highly addressed pieces of legislation, with 92 companies providing solutions to help their clients address these regulations more effectively. 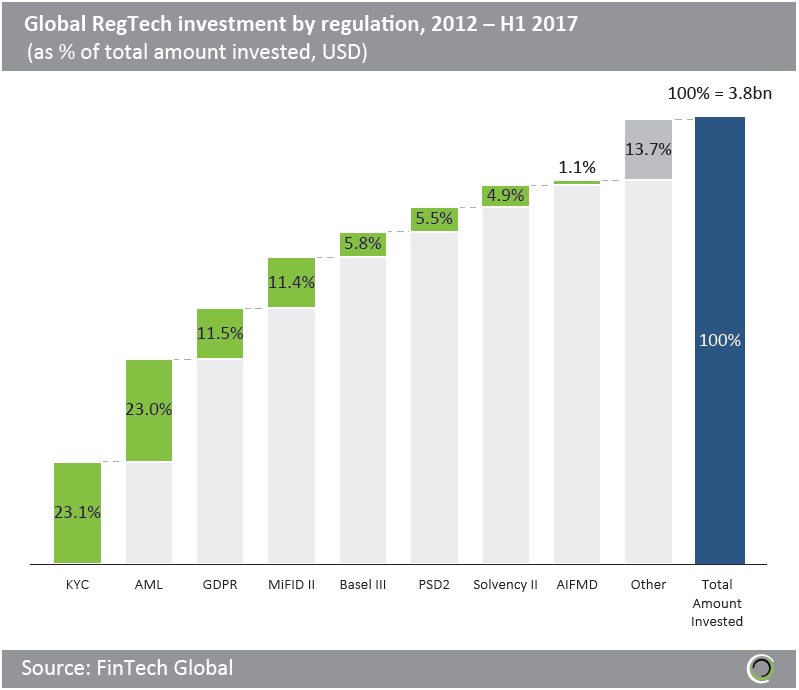 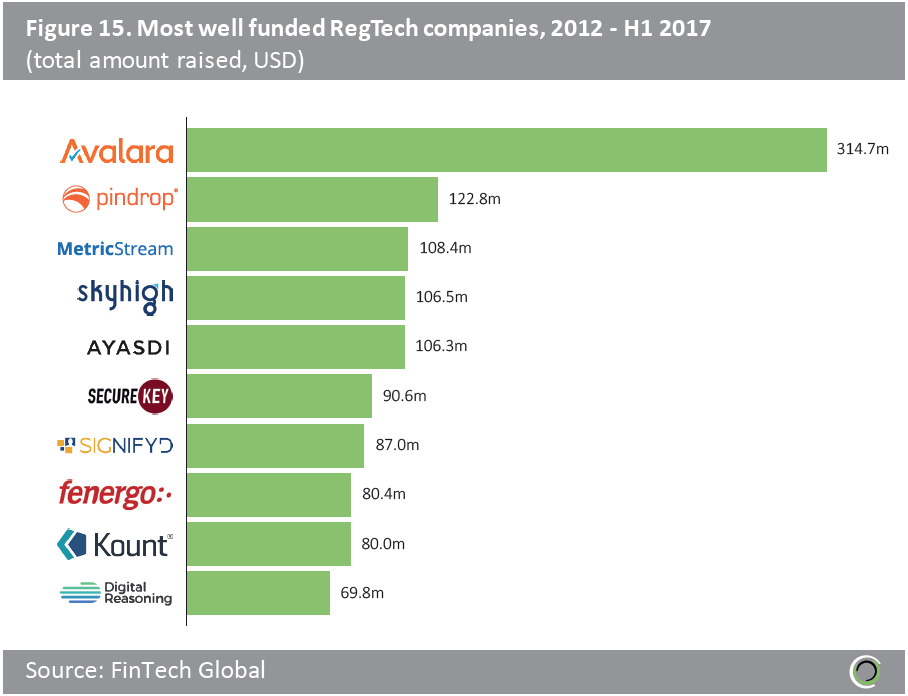 The data for this research was taken from the FinTech Global database and was featured in the Global RegTech Review report. More in-depth data and analytics on investments and companies across all FinTech sectors and regions around the world are available to subscribers of FinTech Global. ©2017 FinTech Global