Jakarta-based point-of-sale (POS) startup MOKA has raised $2m in a new round of funding led by Mandiri Capital.

The investment comes less than a year after MOKA raised $1.9m in a June round led by East Ventures.

East Ventures and other existing backers Convergence Ventures, Fenox VC and Northstar Group also participated in the new round.

MOKA offers merchants an iOS and Android app that enables them to connect to a card reader as well as access real-time data for features such as sales, inventory management, customer feedback or shift management.

The company’s clients include traditional retailers and cafes as well as other services such as barbershops and spas.

It claims more than 2,500 merchants currently pay a monthly fee to access the service with half operating in Jakarta and the rest spread out around Indonesia’s smaller cities.

MOKA recently opened a sales office in the Java region capital of Jogjakarta.

The company says it will use the new capital to accelerate product development with plans to added new vertical-specific features for clients. 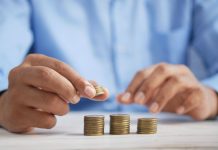