Brexit is not all doom and gloom, with some set to benefit from it, with cheaper investments, but it could also help balance out the European FinTech ecosystem, according to Breega Capital founding partner Ben Marrel in a research interview with FinTech Global.

There are a lot of changes going through in Europe at the moment with various regulation changes like PSD2 and MiFID II, but also with Brexit well under way. This has left the region with a lot of potentials for Breega, which closed its latest fund on €100m earlier in the summer, with the company seeing the B2C market as one of those set to take off, Marrel said.

He added, “A lot of things are happening in Europe right now. There are three major regions still leading the pack, with London, Paris and Germany. Obviously with Brexit and the recent EIF saying that they are going to stop funding British funds, the UK is going to struggle a bit more than it has in the past. So, it’s good for the rest of Europe as it might balance the whole ecosystem. Then out of these three, Spain is definitely the number four player, if you look at the growth of the ecosystem and what has happened in the recent years, its up there in terms of reaching the level of a top tech nation.”

In the first half of 2017, investments in UK FinTech reached £769m, which is more than two-thirds of the amount raised in the whole of 2016, which saw £234m, according to data by FinTech Global. This sets the investment to be on track to surpass the record in 2015, which saw a total of £1.1bn invested in UK FinTechs. However, there has also been a rise in FinTech investments across Europe having either records this year for quarters or on track to hit yearly investment records.

While there could be a shift, Marrel doesn’t think this will be a complete turnover, but more of an adjustment. There are various things that would affect how much of a shift, if the UK is not too harsh on passports and immigration from Europe as this will keep the influx of foreign talent to complement the UK’s ‘well-educated population in terms of finance’. Though the FinTech sector will still be there for a while no matter what.

“Obviously, the other geographies are booming so there is a lot of opportunities outside the UK. But if you look at the UK, the pound has dropped making deals less expensive for us, and as I said there is going to be less indirect funding from the EU in the future. So, I to my mind it’s going to be more open to other investors as well.”

The European investors could also help with company’s international expansion. If a UK company wishes to expand then the US is an obvious move, but also in continental Europe. The local investors would be able to help with networking, introductions, and potential partnerships to make more European investments very valuable, he said. This could be helped by the reshuffle, which would be ‘great for the ecosystem.’

B2B market is an area to watch

The FinTech sector is still evolving and we are now in the next stage, where partnerships are a main focus for the companies, and will be the way FinTech fits in, Marrel said.

“In the beginning everyone thought FinTechs could kill the banks, but even the financial crisis didn’t kill the banks as governments were there to bail them out! So I think we are now in the second phase where a lot of startups realise it’s not that easy to kill banks nowadays and it’s much better and much more clever to partner with them and be a provider of technological solutions with a FinTech angle, rather than fight them directly.”

The area that Breega sees as a big player in the future of FinTech and an area of interest for investments is the B2B market. The direct B2C market has passed with the majority having either succeed and set for more funding, or they burned too much cash or turned to partnerships with banks, he added. With banks becoming more aware they need to embrace the digital world, and some partnerships have taken place in Europe and that is just the start.

The B2C market in France, specifically, is a little more complicated than it had in the UK, due to a difference in culture but now they have moved to a B2B2C model, there are the right tools and partners as bank see FinTech as a way to reinvent themselves, he said.

Marrel added, “Funding at VC level is something we can change in the medium to long term but culture takes a lot of time to change. I would barely bet on FinTech b2c businesses as I generally find them too cash intensive but all the b2bs servicing the banks is a good way to go.” 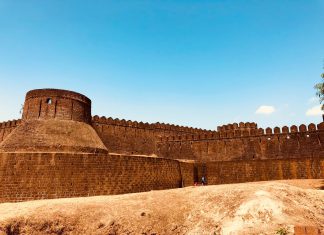