Other contributions to the round came from investors including Velocity Capital, former Booking.com CMO Arthur Kosten and BinckBank co-founder Thierry Schaap.

Founded in 2014, BUX is an online stock trading mobile app aimed to first-time investors. Around 80 per cent of the users on the platform are new to investing, which means all users are initially required to trade with fake money in a risk-free environment of the real markets. Once a user is confident with the platform they are able to access the markets and trading with their money.

The application is currently available in eight European countries, and has 1.2 million users so far, of with 200,000 are from the UK.

BUX CEO and founder Nick Bortot said, ?Since the crisis rocked the world in 2008, the public, and particularly the millennial generation, have become more aware and interested in the direct consequences the financial world can have. Inseparable from politics and the world economy, the financial markets are the most influential instruments in the world, which makes exploring the financial markets extremely compelling.p>

Alongside the closing of this investment round, the company has launched a crowdfunding campaign on Seedrs, giving more than one million people to back the company.

Following the new ?10.5m Series C, the total capital raised by BUX has reached up to ?19.3m. Last year the company scored around ?6m in a Series B which was also led by Holtzbrinck Ventures. The funding of the previous round was to help the company with European expansion.

Earlier this year other stock investment platforms raising money were Stockpile, which closed a $30m Series B funding round, EquityZen raised a $3m pre-IPO, and StockViews secured an undisclosed funding round.

Institutional investing and trading companies have seen a decline in funding and deals to the sector, globally, since 2014.? 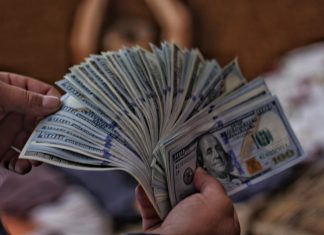 Stori pushes ahead in Latin America with $200m financing