Last week, the European Parliament officially voted to pass the Corporate Sustainability Reporting Directive. Are businesses ready for it?

In a recent post by Diligent, the company asked whether companies were fully prepared for the new legislation and what it will mean.

The CSRD represents an overhaul and expansion of the sustainability reporting required by organizations doing business in the European Union. Under the directive, which will be implemented in January 2024, impacted companies will need to have their sustainability reports independently audited each year.

The CSRD follows the March 21 announcement of the US SEC which could soon require publicly traded companies to outline climate risks related to Scope 1 and Scope 2 emissions in corporate filings. Larger companies would also be required to have third-party verification of these disclosures, as with the CSRD regulations.

The CSRD and the proposal by the SEC ask for many of the same things, such as independent audits of ESG disclosures, but both sets of requirements have their own complexities and implementation timelines that depend on a company’s size and jurisdiction.

Diligent said, “Requirements for corporate sustainability disclosures are not new to the EU, but the CSRD is a notable expansion. First revealed as part of the EU Green Deal, which aims to make the EU the first climate neutral continent by 2050, the CSRD is designed to help investors gain more comprehensive non-financial information about businesses.”

With its recent passing, the CSRD replaces the Non-Financial Reporting Directive, which is the EU’s current ESG directive. A key difference between the two is that the CSRD has the potential to affect four times more businesses, from 12,000 to approximately 50,000.

EU businesses affected by the CSRD meet at least two of three benchmarks: they have at least 250 employees, €40 million in net turnover, and/or €20 million in assets. Non-EU businesses generating at least €150 million inside the EU are also included under the new regulations.

The CSRD will require businesses to comply with the European Sustainability Reporting Standards (ESRS) – which are expected to be released later this year and adopted by summer 2023 – obtain a third-party, certified audit of their reported information as well as applying double materiality standards, which show businesses’ ESG impact on both their internal operations and outward-looking sustainability goals.

Companies already subject to the EU’s existing NFRD would have to adhere to standards beginning in 2024, with initial reporting due in 2025. Large firms will need to comply by 2025 with the first report in 2026, disclosures from SMEs follow in 2026, with reporting starting in 2027. Meanwhile, non-EU companies subject to the CSRD would need to comply by 2028, with initial reporting due in 2029.

In order to prepare for CSRD, what should businesses in the EU do? Diligent explained, “Companies must understand they may be subject to expanded ESG reporting under the CSRD — including companies outside the EU. They should also follow news and updates regarding the ESRS, and plan a strategy for tracking the information required to satisfy reporting standards.

Diligent added that it is critical for firms to have a streamlined, scalable system for tracking data and requirements, especially for reporting standards that are works in progress and sometimes overlap.

Diligent said, “While 2024, 2026 and certainly 2029 may seem like a lifetime away on the calendar, the complexity and critical nature of these new disclosures make it imperative to act now. The earlier an organization starts preparing, the more time it will have to implement processes, test out systems and be truly ready for these new ESG requirements — and any others that emerge in the meantime.” 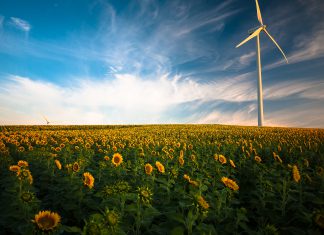