A blogpost by European Central Bank representatives has remarked that the current turmoil being seen in the crypto markets is ‘Bitcoin’s last stand’.

According to Finextra, Ulrich Bindseil and Jürgen Schaaf – director general of market infrastructure and payments and a central bank advisor respectively – dismissed the cryptocurrency as a ‘marketing scam’ that should not be legitimised by regulatory intervention.

They wrote, “For bitcoin proponents, the seeming stabilisation signals a breather on the way to new heights. More likely, however, it is an artificially induced last gasp before the road to irrelevance – and this was already foreseeable before FTX went bust and sent the bitcoin price to well below $16,000.”

The blog argued that the Bitcoin is ‘neither suitable as an investment or even as a real-world means of payments.

It went on, “Speculative bubbles rely on new money flowing in. Bitcoin has also repeatedly benefited from waves of new investors.” The blog pointed out that big Bitcoin investors have the strongest incentives to keep the euphoria going and have hired armies of lobbyists to push their case with lawmakers and regulators.

The authors quipped, “The current regulation of cryptocurrencies is partly shaped by misconceptions. The belief that space must be given to innovation at all costs stubbornly persists. Since bitcoin is based on a new technology – DLT / blockchain – it would have a high transformation potential.

“Firstly, these technologies have so far created limited value for society – no matter how great the expectations for the future. Secondly, the use of a promising technology is not a sufficient condition for an added value of a product based on it.”

The ECB reps concluded, “Since Bitcoin appears to be neither suitable as a payment system nor as a form of investment, it should be treated as neither in regulatory terms and thus should not be legitimised.

“Similarly, the financial industry should be wary of the long-term damage of promoting bitcoin investments – despite short-term profits they could make (even without their skin in the game). The negative impact on customer relations and the reputational damage to the entire industry could be enormous once bitcoin investors will have made further losses.” 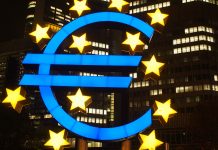 ECB to set deadlines for banks to manage climate risks

Cryptocurrency company Chainalysis has added $13m to its Series B round