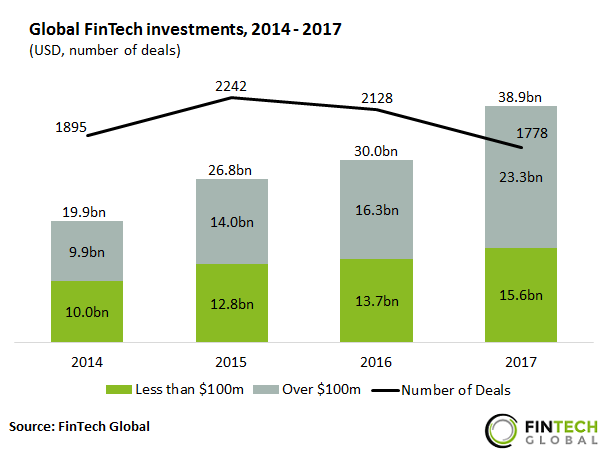 The global FinTech industry received nearly $40bn-worth of funding across 1,778 deals in 2017

2017 saw two of the biggest quarters for FinTech funding ever