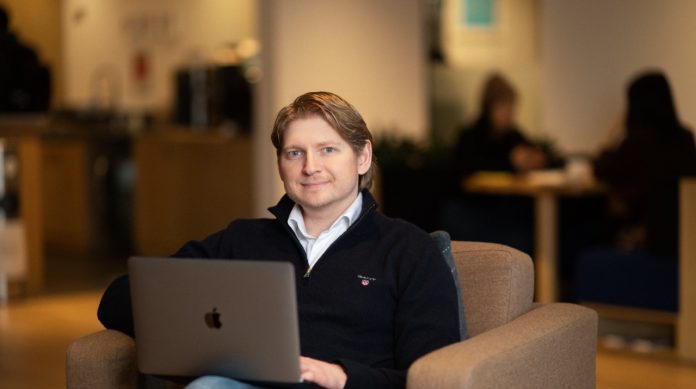 Back in 2012, Clausematch was born. The RegTech firm – competing in an industry which was at the time very young and green – has seen a lot over the past decade. What are some of its finest moments and what does it plan to do in the future?

According to Evgeny Likhoded – CEO of Clausematch – the company has experienced a number of big developments over the last decade. In Likhoded’s opinion, the company’s first biggest achievement was when it signed its first client.

He said, “I told everyone, all of our investors and partners that our first client would be a big bank, and that was a huge achievement for the business. It really helped us out with visibility and helped us to get into more banking institutions and provide them with our platform.

“The second big milestone was raising our Series A, which helped us to expand our team and focus a lot more on our core clients and also expand our product offerings.”

Likhoded also mentioned the other big recent milestone was the company’s expansion into the US market. In one year, the company signed four large financial institutions across the US and Canada.

He added, “In the last 10 years, we’ve gone from a small team of developers to nearly 40% of our workforce being on the technology and product side, including a data science team which is today’s working with our clients, but also regulators to help streamline regulatory data.”

Since Clausematch was established in 2012, the company has evolved considerably. The company started life as a small firm of three people that had the idea of creating a multinational global firm with several locations spread worldwide – which it is now achieving.

Likhoded remarked, “The diversity of our people is incredible. We’ve got 18 languages spoken in the company, we’ve got a lot of nationalities and people from all walks of life. It’s been incredible to see the company grow and will continue to grow.”

When Clausematch was originally founded, the company’s original idea was to help legal departments with their contracts and contract negotiations. Compliance as an area of focus came later, when as Likhoded states, the business realised that what we built was specifically suited well for compliance departments and their documents and their content as well as the process companies go through when they update their documents.

Likhoded commented, “There was a big change in the direction and focus around 2016. We started looking more into compliance, and then later on we became completely focused on just compliance use cases. As the company grows, obviously, we need to mature as the organisation. So, we obviously had to implement a lot of new processes, but also, we transitioned from what was early on a founder-led business to a leadership team-led business. We built out the leadership team and put in place leaders in all the core functions.

Likhoded said, “In 2012, the term RegTech was not used. Previously, we had large corporate software technology companies that had regulatory and compliance solutions. What has really changed in the last ten years is that the adoption of the cloud by enterprises, the adoption of the cloud by big banks, has enabled and really directed markets and SaaS-based solutions to flourish and make its time to market much faster. There are also a lot more kinds of diverse point solutions, but also more generic compliance solutions for workflow or regulatory horizon scanning for managing risks and controls also went to the cloud.”

“In addition, compliance is often still viewed as a supporting function, not a business enabler. This is something RegTechs need to be aware of and really understand the needs of the market and how big the market is. How big is the problem that the company in solving? And then factoring that the sales cycles may be longer than a typical software solution than to other departments.”

Going beyond the company’s focus today, what is to come for the RegTech industry? According to Likhoded, in ten years from now – in 2032 – every company in the world will be using compliance software in order to comply with regulations – as regulations are going to become more globalised and complex.

Alongside the expectation of global compliance software requirements, Likhoded expects in the next ten years regulations will be completely fully codified.

He added, “It won’t be a matter of reading a PDF document and trying to understand how that document applies to your organisation. As soon as a project or proposal for a new regulatory role or a change in existing roles are proposed by regulators, you will be aware of it, it will be pushed directly to you at all inform the right departments, and it will say it will impact these products and this is what you need to actually implement it.

“Compliance will be changing with it as well. Rather than someone supplying evidence that says they’re doing a thing and that they’re following such an obligation, it will be automatically entered.”

This article originally appeared on the FinTech Global website. Sign up to our newsletters to receive regular updates