The first three quarters of 2017 saw £2.1bn of investment in UK FinTech companies, almost double the total invested in the whole of 2016

2017 is already a record year for the UK FinTech sector in terms of funding with more than £2bn invested across 182 deals. FinTech investments valued below £75m had a CAGR of 10.7% between 2014 and 2016. This growth continued in 2017 with £1.2bn already invested in deals in this segment. The total investment in deals valued above £75m has also increased this year, with £877.1m capital committed so far across eight deals. Despite the large increase in investment only 80.2% of the number of deals closed in 2016 were completed in the first three quarters of this year. This highlights a big jump in average deal size to UK FinTech companies so far this year. 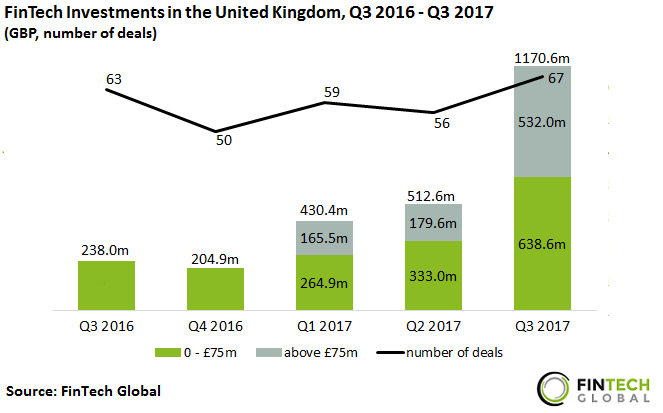