Nutmeg CEO Martin Stead took the wheel in May when founder Nick Hungerford was moved to a non-executive role having founded the company in 2012.

Stead claims that this is the largest ever funding round for a European digital wealth manager and the largest fintech deal closed since the UK’s vote to leave the European Union.

Philip Hammond the UK Chancellor of the Exchequer highlighted the investment’s significance in the wake of the EU referendum.

He said, “This is another international investment into a home-grown UK company, demonstrating the UK is open for business.”

Nutmeg will use the capital to offer more products and services to clients as well as continue its expansion across the UK.

The company says Convoy will also act as a strategic partner with the firm’s Jonny Chen joining Nutmeg’s board as a result of the deal.

Victor Basta, managing director of Magister Advisors, which advised Nutmeg on the deal, highlighted it as an example of an ongoing, “surge in investment from Asia,” into European tech.

He added, “we expect the value of investment this year to be ten times the level it was three years ago and we expect to see further significant rises in the years ahead.

Nutmeg is also sharing some figures claiming it now manages more than half a billion pounds for 20,000 clients, making its roughly four times the size it was when it last raised capital.

The new round the brings Nutmeg’s total funding to almost $70m with it last raising $32m in a June 2014 Series B round.

Nutmeg reports its 10 risk-based portfolios have delivered returns of between 6.5% to 47% over the past four years. 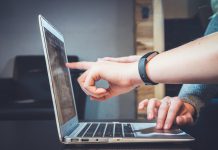 Digital asset platform Finoa banks $22m in a Series A round Chatbot Chip storms past crowdfund target, ending on over £1m