Blockchain-based cross boarder payments service Wyre has picked up $5.8m in a Series A round of funding from a combination of Chinese and US investors.

The San Francisco-based startup claims that there is a total monthly volume of $35m in blockchain-powered cross boarder business payments taking place of which Wyre accounts for 95%.

The company says it charges a rate of between 1% to 4.5% and typically completes transfers in less than six hours -compared to the industry stander of 24 to 72 hours.

It says it processes more than $1m in international payments daily and has seen 25% month-on-month growth.

Wyre has been operating in private beta with a group of partners including messaging app WeChat’s payments provider NihaoPay.

“In a generation of instant gratification, we believe that money transfer should be too.”

9fBank’s CFO Sam Lin said, “It is estimated that the demand for cross-border payment from Chinese companies and investors could reach $1.5 trillion within the next five years.

“Wyre is well positioned as a market leader to facilitate those transactions faster and at a lower cost.

“We believe Wyre’s cross-border technology will revolutionize global payment and remittance and have since made a sizable investment into the company.” 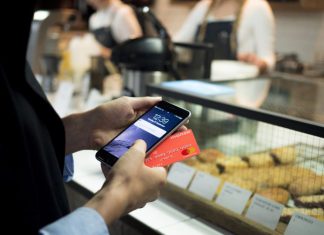 Monzo applies for a banking licence with the US Office of...