Latin America’s unique payments situation could be a major opportunity for investors and startups according to Mariano Belinky from Santander InnoVentures, in a research interview with FinTech Global.

It’s no surprise to the modern investor that Latin America is a quickly growing ecosystem, with Mexico, Brazil and Argentina currently at the forefront of the rise and countries like Columbia, Belize and Chile not far behind. Sectors such as consumer goods, restaurants and energy have all been in the limelight in recent years as potentially rich veins to mine – but more hidden gems are ready to be struck through the rising potential of FinTech according to Santander InnoVentures managing partner Mariano Belinky. He told FinTech Global that while micro-lending, financial inclusion and the other usual offenders are gaining a lot of traction, it’s the payments sector that has really piqued the interest of his firm.

Belinky said, “There is a far smaller penetration of mobile payments in Latin America. People tend to use cash a lot, which is not the most efficient option. The economy works in a very cyclical manner and any new payment solution is challenging to introduce. Every new payment system needs to be tweaked to some extent to ensure it is relevant for the intricacies of the market and the society it serves.”

The firm sees the market as having major potential for both investments and startup companies to tap into, with the uniqueness of these payments and remittance issues an appetising opportunity. The use of mobile payments is far more sporadic than in areas such as Europe, and the firm believes that if local companies change this and find sustainable solutions they can capture a huge market.

Belinky said, “Every two weeks a significant number of customers visit a branch to be paid their bi-weekly salary. They also pay their mobile, gas or electricity bill in branch. Allowing people to pay for those services via their mobile would change lives. This presents a huge opportunity, particularly in Latin America.”

This lack of use across Latin America goes some way to explaining the tiny amount of investment in the sector to date. According to data by FinTech Global, South America represented the weakest region for investment in payments and remittances companies last year, with just $8m invested. Asia saw more than $8bn of capital committed to these types of companies, while North America received around $1.5bn.

A lot of the payments companies which are present in the region initially started by taking the business models from US companies and setting them up in Latin America. But businesses have started to become more specifically tailored for the Latin American countries, and this sort of development is part of what Santander InnoVentures finds attractive, with it keen to leverage companies that target Latin America’s particular needs.

The number of people using mobile payments services in the region has grown from around 4 million in 2009 to 22 million in 2016, according to data from Statista.

This data from Statista suggests mobile payments gained close to 5 million users during 2016 and indicates these platforms are showing no signs of slowing down. Despite this huge increase, those numbers still represent a small proportion of the region.

Other sectors on the rise

While the Argentinian market is not as mature as Brazil and Mexico, there are plenty of opportunities which are beginning to present themselves. The main one Santander has its sight on is micro-lending. While the firm believes the whole of Latin America is set to receive the bounties of this sector, Argentina is primed for the opportunity in the wake of years of geopolitical uncertainty.

Belinky said, “Micro-lending is going to be big and, in some countries, it could transform the market. For example, in Argentina, micro-lending as a contribution of GDP stands at one per cent, whereas in the mature markets it is nearer 15% – that could translate into a multi-billion opportunity. This hasn’t been realised yet because of the social, political and economic situation in Argentina over the past 12 years, but now the market has effectively opened itself to greater reach. Platforms that can capture credit opportunities are going to be huge players in this space.”

Santander InnoVentures said financial inclusion, SME lending and micro-lending products have all begun to take advantage of the decline in physical financial advisors. People have begun to turn to their smartphones for this, and so companies are starting to bring this type of placement management technology to products and services like micro-lending, which are much needed in the countries, the firm believes.

It added that SMEs are beginning to transfer away from more direct-to-consumer models to B2B models. This is a similar trend to how the more prominent FinTech companies around the world have evolved in their sectors.

What web 3.0 means for the cross-border payment space

February 9, 2023
NEXT Insurance, a digital InsurTech company aiming to transform small business insurance, has partnered with LegalZoom, an online business formation and a leading platform in legal, compliance and tax solutions.

February 9, 2023
The cost-of-living crisis is putting 37 million Brits at risk of financial distress, a report from Tink suggests banks need to offer them some support.
© Fintech Global © Copyright 2021. All rights reserved. 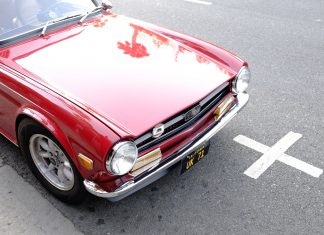