Aptoide App Store to raise $28m in its pre-ICO sale for its new cryptocurreny AppCoin.

The pre-ICO will launch on November 6th, which will last until the ICOs launch on the 15th November, will sell 12 per cent of its tokens. The ICO will mark the first one to be raised in Portugal.

Lisbon-based Aptoide is an Android-based app store, which has 200 million users and has had 4 billion downloads.

AppCoins will be used on the Aptoide platform to be spent or earnt. The platform can also be adopted by other app stores. These coins will foster exchanges between customers for an alternative purchasing method.

Users are able to earn coins by engaging with advertisements, to help those without online-payment offering, gain access to digital transactions.

Aptoide VP of product Ren Tang said, “Aptoide has been working on decentralizing the app economy for the past 5 years. Today, with blockchain technology and smart contracts, we can unlock all potential value in app distribution and app monetization for developers. By reducing Adtech intermediaries, AppCoins only takes a 15% cut on developer benefits, compared to an industry average ranging from 40 to 70%.”

Last year, the company raised a $4m Series A funding round from e.Ventures, Gobi Partners & Golden Gate Ventures. In 2015 the company secured a $1m seed investment from Portugal Ventures.

Earlier this week, Templum, a company ensuring investor protection for those taking part in ICOs, closed a $2.7m seed funding round.

Cryptocurrency-focused companies have seen a huge increase in funding across the year, with Q3 2017 seeing $466m deployed, compared to the opening quarter, which only saw $18m invested.

Genesis owes over $3bn in debt, as DCG seeks funding –... 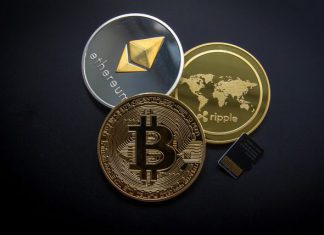