Singapore cryptocurrency exchange Kryptos-X has raised $1m in a seed funding round from Fatfish Internet Group.

Following the investment, Fatfish will become joint owners as the firm takes hold of preference shares. FFG will acquire around 27 per cent of total voting shares in the company, and will entitle the firm to add two members to Kryptos-X’s board of directors.

In order to fund this investment Fatfish is using cash reserves, funds from its asset portfolio and a potential capital fundraise.

The company is an electronic marketplace for cryptocurrencies, allowing users to trade their tokens in a regulated ecosystem.

Founder Tony Mackay has previously served as the founding CEO/chairman of digital financial market Chi-X Europe. The platform became one of the largest trading platforms for European securities gaining a 20 per cent market share in major markets, according to the company.

With the capital injection Kryptos-X is looking to expand its operations into other jurisdictions where the regulatory frameworks permit online cryptocurrency trading. The equity will be deployed into the company across three months, 20 per cent of the capital will help build up operations, 40 per cent will go towards hiring staff and the remain proceeds will develop its software.

Fatfish CEO Kin-Wai Lau said, “We believe the global financial services industry, as we know it today, is about to be upended by a giant wave of disruption caused by the adoption of new blockchain derived technology. Cryptocurrency exchanges are beginning to play a role in this digital finance industry and they will become more regulated across the globe with their increasing adoption.”

As part of the transaction, Mackay will become a non-executive managing director at Fatfish where he will advise the firm with developing blockchain and cryptocurrency technology. 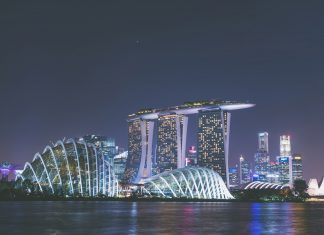 United Overseas Bank invests into Personetics, to support its own AI...