The RegTech subsidiary iSignthis eMoney (ISXPay) has completed its technical integration with Worldline, allowing the pair to commerce the partnership which was announced in July last year.

European ecommerce merchants, including FinTech firms and qualified Cryptocurrency exchanges, will now be able to access a new service that combines the RegTech capabilities of iSignthis, with the acquiring capabilities and expertise of Worldline.

Merchant using the ISXPay service will also have access to the full Paydentity suite of AML/CFT compliance services. The services include customer due diligence, identity verification, payment acceptation and authentication solutions, transaction monitoring, and original credit transfers (OCT), coupled with the Worldline Visa and Mastercard acquiring, settlement and clearing services.

ISXPay will operate under its own eMoney Monetary Financial Institution license to directly contract European merchants. iSignthis said it will now move to contract its pipeline of prospective European Economic Area(EEA) merchants, and seek to onboard them as quickly as possible.

Founded in 2013, iSignthis went public on the Australian Stock Exchange in March 2015. In 2016, iSignthis partnered with Coinify to help its bitcoin exchange platform meet AML, KYC, and CTF regulations for customer due diligence. Last year, the company placed up to?A$6.5m to investors and announced the integration of its services with Australian Securities and Investment Commission (ASIC) regulated TraderQ.?

The agreement allows ISXPay to offer full card acquiring payment facilitation services including processing, clearing and funds settlement to merchants, including TraderQ, of Visa and Mastercard transactions, in addition to BPAY payout facility to Australian cards.

Last year, iSignthis was hand-picked by a panel of industry experts for the RegTech 100, a list of companies that every financial institution should know about in 2018.?The RegTech 100 is part of the Global RegTech review an essential, in-depth analysis of the global RegTech market. 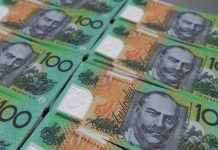 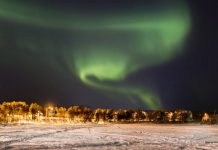 iSignthis places up to A$6.5m to investors, integrates with TraderQ