Millennials are driving the FinTech evolution in everything from payments to banking. Now, a Visa executive is arguing that FinTechs better pay attention.

In the summer of 2019, Klarna raised a massive $460m funding round. The round came after the Swedish unicorn had carved out a place for itself as one of the biggest providers of buy now, pay later solutions. But the rise of the Stockholm-based FinTech’s success story could by a sign that instalments might become even more commonplace in the future, according to one of Klarna’s biggest backers – Visa.

Jeffrey Kim (pictured), vice president, head of Nordics and Baltics product at Visa, made the case during a keynote speech at Sthlm Fintech Week on Thursday, February 13. He added that the evolution of payments has to a wide extent been driven by millennials.

Kim kicked off by saying that the world has changed tremendously since 1966 when Visa launched its first national credit card in the US. ”If you were to ask consumers, the younger generation today, how they think about credit or lending, [the] feedback is quite stark,” Kim said.

”60% of millennials want to [have] financing options at point of sale. If you think about [it,] this is actually quite striking. What the consumers are saying today is that no longer do they want to be tethered by a card programme necessarily identified as a card. They want individual purchase by purchase financing decisions.”

For one thing, 60% of Sweden’s consumer loans are financed by alternative lenders. This trend, Kim pointed out, is not confined to Sweden or Europe, but is something that can be seen across the world. In the US, 38% of unsecured personal loans originated with FinTechs, roughly 45% of Mexico’s credit payments were made through instalments, about 50% of Brazil’s credit payments were made through instalments and there has been a 75% increase of instalments in the United Arab Emirates, according to Kim.

“So this is global phenomena,” Kim said, stating that he believed that this trend would only grow in the years to come.

For Visa, he said, this insight has strengthened its commitment to creating new partnerships with companies like AfterPay, the Australian FinTech company. ”We believe that this market opportunity is huge, its global and it’s one where the best of breed solutions need to be brought together,” Kim added. ”And Visa is playing a role in partnering with FinTechs.”

Kim also spoke about how millennial consumers are changing payments and banking. As an example, challenger banks like Revolut, which reportedly has just closed a $500m funding round, and N26, which is pulling out of the UK because of Brexit, Kim argued that they have been able to tap into a younger clientbase because they did one simple thing: they listened.

”The third most requested feature in a card programme [for millennials is that] they want a solution [that’s] intutive and easy to use,” he said. ”Not very surprising. But I think everyone realises now that UX and UI matter. They matter a lot. Especially for the younger generation. And so what had the challenger banks done? [They] listened. They saw the need. The consumers were clearly speaking with their voices and their app downloads.”

So Visa did that too. What the payment giant found out was that 38% of younger travellers would like to see no foreign transaction fees or better ones.

This was something he argued incumbents had failed to to. ”I think this is kind of a little bit of the dirty secret in the banking industry, right?” Kim suggested. ”Everyone’s very well aware of the fees that they get charged. But when it comes to FX, when it comes to foreign transactions, it’s actually very obscure. It’s not really transparent to the consumer what they’re paying and whether they’re getting a good rate. And it’s clear that the consumers are taking notice of this.”

While acknowledging that many of the challenger banks do not need to use Visa’s APIs and its developer platforms, a lot of its” traditional clients have expressed interest in understanding not only the consumer, but understanding how [to] design a UX.”

The demands from consumers and things like the open banking revolution in Europe have created a fast-moving market, constantly in pursuit of new solutions. In order to stay abreast of these changes and to continue to stay relevant in the field, VisaISA is pursuing partnerships and acquisitions.

For instance, Visa announced in January that it had bought Plaid, a scaleup specialising in helping customers securely connect their financial information to apps, in a $5.3bn deal. 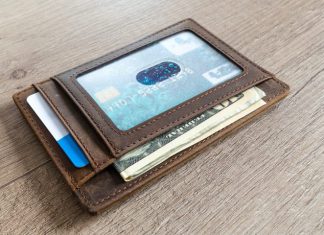