Indonesia bookkeeping app BukuWarung has reportedly closed a seed funding round which was led by East Ventures.

Other contributors included AC Ventures, Golden Gate Ventures and Tanglin Venture Partners, according to a number of reports in the media. Several angel investors also contributed to the round.

The fresh funds have been earmarked to strengthen its position in the market and expanding its team, to help deepen its engineering, product, design, growth and partnership initiatives, the articles report.

BukuWarung was founded in 2019 and in the few months it has been live it claims to have supported millions of credit and cash transactions on its app.

The FinTech helps micro, small and medium-sized enterprises (MSMEs) with their bookkeeping processes. Its management dashboard records all of a customer’s sales, easily send bills via text messages or WhatsApp and create business reports for daily, weekly and monthly periods.

BukuWarung co-founder Abhinay Peddisetty told Deal Street Asia, “Despite the strong initial traction, we are still less than 1% done as there are over 60 million MSMEs in Indonesia who rely on outdated methods of bookkeeping, or don’t do bookkeeping at all. These merchants have limited visibility into their cash flow or the credit that they give to customers and suppliers.” 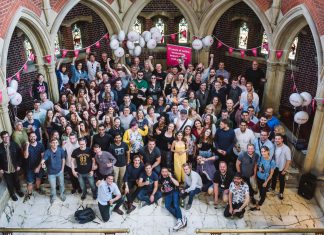 UK-based Kolleno closes its seed round