FinTech Global
Home FinTech News Company News The coronavirus pandemic has hit full-scale, but how are FinTechs being affected? 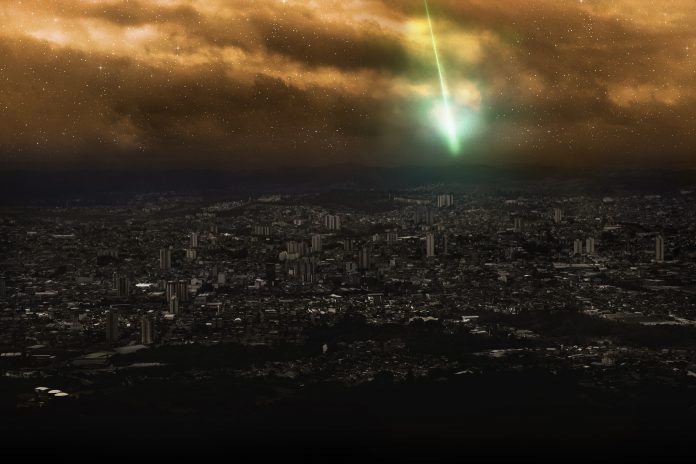 At times it feels like we’re in the midst of war. Scanning the news each day for the latest effects the coronavirus has had on the world has become routine for most people. FinTechs are struggling and as this is an unprecedented event, it is hard to see when the end will be and how badly they will be hit.

The majority of businesses are being hurt by the current situation. Both big and small companies could see themselves closing. But who is really at risk? Andrew White, managing associate and UK and European patent attorney at Intellectual Property firm, Mathys & Squire said, “Probably FinTech companies that take a knee-jerk reaction and lay off staff. Things will improve, and when they do, these businesses will want to hit the ground running.” One of the biggest burdens on a company’s finances is the salaries of their workers and laying off staff may be the only way a company can attempt to come out the other side of the pandemic.

However, this may just be hurting themselves for when business kicks back into gear post-crisis. Governments around the world have been trying to help businesses with paying salaries. The UK released a furloughed employee scheme which sees a business able to temporarily make staff redundant and the government will pay up to 80% of that individual’s salary. Once the pandemic is over, the business can simply rehire that staff member.

Small and early-stage companies are likely heading into troubled waters as they don’t have the same levels of finances as more established companies have. All businesses are feeling the same pressures on getting cash flow and trying to build pipelines, but with remote workforces and people having to better monitor spending, this is quite difficult. Andy Schmidt, president at IT and business consulting service CGI, said, “Anyone who is truly quiet or early stage will have the greatest challenge because of the face-to-face conversations that are so crucial during early adoption. Adept FinTechs will quickly pivot to video conferencing to fill this gap and build rapport and confidence with prospective clients.”

While it may be hard to believe, but there are silver linings out there for a number of FinTechs. With the world being forced into lockdown, people are having to work entirely online. For traditional financial institutions, this is quite tough as they are still reliant on a lot of legacy systems or on-premise operations. FinTechs, on the other hand, are largely designed for remote working, meaning they can continue to operate in full swing and could potentially attract clients away from firms which do not have the same capabilities. There have been lengthy queues over the phone await some people trying to contact their bank, because there are no other communication methods. A recent study from Leesman which claimed that in the UK 56% of people had never worked from home.

There is a clear opportunity for the dynamic FinTechs to carve out a market. Sébastien Flak director of FinTech solutions at financial solution provider Geneva Management Group said, “The current Coronavirus crisis presents an opportunity to embrace precisely the kind of innovation that the fintech community thrives at.” He went on to explain that remote working is forcing technology to become deep rooted into business activities. But, if FinTechs do not make their innovation inclusionary to everyone, they will not reap the benefits if this. “In the past, people have criticised FinTechs for excluding people who aren’t familiar with, or don’t have access to, the technologies it relies on. Any innovations addressing the crisis should be above that kind of reproach.”

With the crisis rutting strains on businesses and making it harder to tell who will survive, it begs the question of whether investors will continue to back companies. Stefan Wagner, associate professor of strategy at non-profit business school ESMT Berlin, said, “start-ups in the process of raising capital might be confronted with dried-up funding channels leaving them at risk to face insolvency not because of a collapse in demand but rather for the lack of available funding sources.” However, he also noted that there is a silver lining. Funding rounds which were initiated before the outbreak are continuing to go ahead, which will help these companies better navigate the tricky road ahead.

Will funding rounds be impacted?

With a lot of companies strapped for cash they may look towards venture capital firms to support their needs. However, this may be tough for them to get. The venture firm Finch Capital recently released a report documenting the impact the coronavirus could have on the FinTech market. It claims that companies will be in crisis mode until Q3 2020 and then in recovery mode for another 12 to 18 months. It also stated that companies in need of raising capital during the next three to six months will likely see drops to their valuations.

FinTech valuations have been getting quite high and has often brought discussions around whether they are too high. Of late, nearly every month has seen a FinTech company join the unicorn club. This year has seen accounts payable and payment automation company AvidXchange, AI-powered treasury management business HighRadius and UK challenger bank Monese all become unicorns, as well as others. Some FinTechs already in the club have continued to increase their valuation, UK challenger bank Revolut recently became valued at $5.5b and data intelligence provider Collibra reached a $2.3bn valuation after a recent funding round. Last year, Brazil’s Nubank even hit a $10bn valuation.

Vilve Vene, CEO and co-founder of core banking platform Modularbank believes that the virus will leave reduced funds available for investment and investors will be more cautious to what they are backing. This is going to reduce the valuations of FinTechs as the future is just so uncertain. However, she does not think this is a bad thing, “it will help to ‘reset’ the market,” she said.

“For FinTech startups seeking investment, the virus arguably presents them with the opportunity to demonstrate their worth. A start up that is nimble and able to change its business model to adapt to the current challenges brought about by the Coronavirus, will be a company that will merit investment in the long term.”

With funding channels potentially drying up for the meantime, companies may have to look to alternative channels, either looking towards governments or crowdfunding. While it might look bleak, CGI’s Andy Schmidt stated that, “private equity and venture capital are expected to slow down and become more conservative as lending tightens, however, these firms still have an estimated $2.4 trillion in undeployed capital sitting in various vehicles.  That said, should the crisis persist, multiples will decrease as competition softens.”

Governments and regulators around the world have been doing what they can to curb the impact of the pandemic on businesses. A lot of this action revolves around hefty support packages which will be deployed to businesses in need of help. The UK has established a £330bn package to fund businesses impacted from the crisis. Other countries are doing the same, France, Germany, Australia, India, Japan and Spain all have similar initiatives. The US, which is seeing infection increase rapidly, has just revealed a $2trn stimulus plan which will support businesses, families, loans and hospital aid.

Zoe Adamovicz, co-founder and CEO of fundraising platform Neufund, stated that it is essential governments step up and help companies. There are many ways they can do this. Whether it is alleviating utility bills for small and medium-size businesses, like in France, or similar to what Germany is doing with deferring tax payments or like Italy’s guaranteed tax break for businesses earning less than €2m. She stated that supporting businesses will help keep innovation and productivity going. She added, “However, startups can’t count on governments and their support solely. It’s a time when startups have to move fast and make hard decisions.”

IBM teams up with Zelle for P2P payments 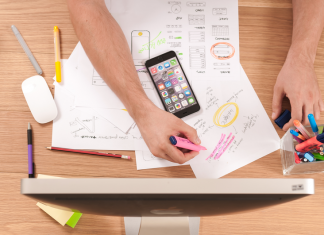 IBM teams up with Zelle for P2P payments