As another challenging year comes to an end, the task for organisations to remain compliant in new working environments is still ongoing. Despite firm efforts by many to avoid penalties, some institutions were unable to duck fines last year.

Many financial institutions are starting to look over their back more than ever before as global regulators sink their claws into any and all cases of compliance failures by financial organisations. In August 2021, the Financial Times detailed a report by governance and risk consultancy Kroll which found authorities levied almost $1bn of AML in 17 big actions during the first six months of 2021.

The UK and the EU are particular hotspots for anti-money laundering failings, with watchdogs tightening their defences against financial crime accordingly. With this considered, here are the five biggest compliance failure fines from the year of 2021.

The biggest compliance failure fine of 2021 went to Dutch bank ABN Amro, who were slapped with a hefty €480m fine by prosecutors in the Netherlands over money laundering allegations. The organisation agreed to pay a fine of €300m and €180m as disgorgement.

Back in September 2019, prosecutors had accused ABN Amro of failing to identify accounts involved in money laundering, failing to conclude relations with suspicious clients and also failing to report such transactions to the relevant authorities.

The Netherlands Public Prosecution Service, which undertook the prosecution, said at the time, “Because ABN AMRO fell seriously short of compliance with the AML/CTF Act, various clients engaged in criminal activities were able to abuse bank accounts and services of ABN AMRO for a long time. ABN AMRO should have observed that certain flows of money through bank accounts held at ABN AMRO possibly originated from crime. The bank failed to act upon this sufficiently.”

Another bank to suffer a large fine due to compliance deficiencies was UK organisation NatWest, which pleaded guilty on 7 October at Westminster Magistrates Court for three accounts of money laundering failures. The case was the first criminal charge pursued by the Financial Conduct Authority (FCA).

The charges the bank faced included its failure to properly monitor the activity of Fowler Oldfield – a commercial customer of the bank and a jewellery business based in Bradford – between 8 November 2012 to 23 June 2016. When the customer was initially onboarded, NatWest initially understood it would not handle cash from Fowler Oldfield, however, the customer deposited around £365m into the bank during the lifecycle of the customer relationship – with £264m of this money being cash.

The FCA noted that some of NatWest’s employees responsible for handling these cash deposits reported their suspicions to bank staff responsible for investigating money laundering. However, no action was taken.

The FCA also issued a £147m fine to Credit Suisse due to severe due diligence deficiencies linked to dealings with the Republic of Mozambique.

The fine was due to financial crime due diligence failings related to loans worth $1.3bn, which Credit Suisse arranged for the Republic of Mozambique. According to the FCA, these loans, and a bond exchange, were tainted by corruption.

The FCA agreed with Credit Suisse that it would forgive $20m of debt owed by the Republican of Mozambique as a result of the tainted loans.

JPMorgan were recently given a considerable fine of $125m by the Securities and Exchange Commission due to ‘widespread and longstanding failures’ by the bank to maintain and preserve written communications.

From at least January 2018 to November 2020, the SEC detailed that JPMS admitted its employees communicated often about securities business matters on their personal devices, using text messages, personal email accounts and WhatsApp.

JPMorgan admitted these failures were company-wide and that the practices were not hidden within the business.

Earlier on in the year, German organisation Deutsche Bank agreed to pay a $120m fine in order to settle charges of having violated the Foreign Corrupt Practices Act. The SEC highlighted that the $120m included over $43m to settle the charges by the SEC.

Deutsche was accused to have been engaging foreign officials, their relatives and their associates as third-party intermediaries, business development consultants and finders to obtain and retain global business.

In addition, the SEC stated that Deutsche lacked sufficient internal accounting controls related to the use and payment of such intermediaries, resulting in approximately $7m in bribe payments or payments for unknown, unauthorised or undocumented services. 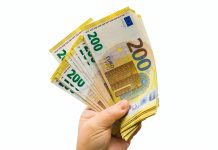