The total cryptocurrency value in money laundering activity reached $8.5bn in 2021, a 30% increase on the previous year, according to a report from Chainalysis.

Despite the surge, it is still significantly below the record high, which was reached in 2019 at $10.9bn.

Chainalysis admitted its numbers only account for funds derived from cryptocurrency-native crime. This means criminal activity involving darknet market sales or ransomware were included. Offline crime where fiat money is converted into cryptocurrency to be laundered was not included due to its difficulty to measure.

Its new report states a total of $33bn worth of cryptocurrency has been laundered since 2017. While this is still a big issue, the report points at the UN Office of Drugs and Crimes which estimates between $800bn and $2trn of fiat currency is laundered every year.

Chainalysis continued to state that for the first time since 2018, centralised exchanges didn’t receive the majority of funds sent by illicit addresses, they made up 47%.

DeFi protocols received 17% of funds sent from illicit funds.  These services became more popular for criminals in 2021, with a year over year percentage growth of nearly 2,000% for the value received via illicit addresses. 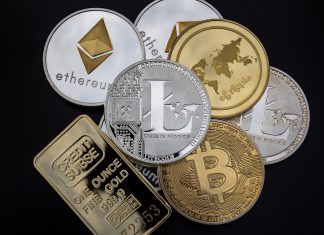 Set Labs collects $14m in its Series A round