Marvin, a Brazilian B2B payments platform has raised $15m in a Series A funding round led by early-stage venture capital firm Canaan.

This investment comes off the back of the Brazilian Central Bank implementing a new framework for receivables last June, which “turned the world of Brazilian FinTech on its head” according to Canaan.

The new rules established that every card invoice merchants recieved had to be registered, by the acquirers and free of charge, within registrars. With all invoices registered, merchants could begin sharing this information with more than one financial or FinTech institution interested in providing them with credit or other services based on future payments. These changes essentially unlocked a new source of working capital.

Marvin was the first startup to take advantage of this new market with a “registration-as-a-service” platform that allows SMBs to pay their suppliers using their own credit card receivables.

Brendan Dickinson, general partner at Canaan, said, “Marvin’s team understands the new regulation better than anyone, which is why this investment is our biggest in Latin America to date. As Brazil moves from being a cash-centric society to one of the world’s most dynamic digital payments markets, we are excited to see Marvin play a leading role and build new financial opportunities for retailers across the country.”

FinTech Global recently reported that Brazil accounted for 43% of all FinTech seed deals in Latin America during the first quarter of 2022.

There were 16 seed deals registered in the country during the first three months of 2022. This is cementing Brazil’s position as the FinTech hub of Latin America with venture capitalists backing early disruptors in financial services. 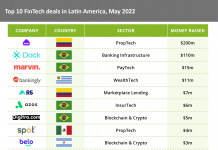 PropTech company Lev raises $170m across debt and equity round

ScaleFactor raises $30m for Series B to support growth across US 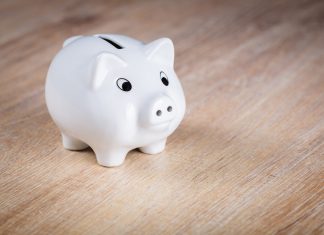