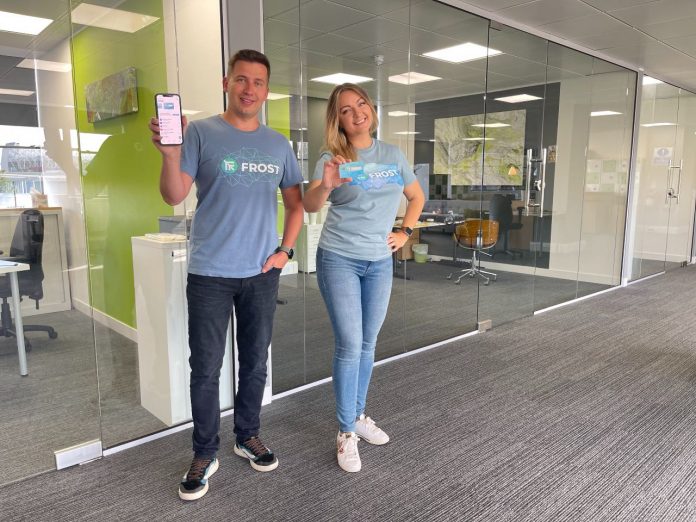 Frost, an e-money institution helping people take back control over their finances, has raised a total £1.1m in funding and named Andrew Jennings as CSO.

Frost’s app allows individuals to receive real-time updates and notifications on their spending, which the company said gives them more control over their money and full visibility over any funding goals.

As part of the seed round, Andrew Jennings, managing director of Osun Capital has joined Frost as chief strategy officer.

Specifically, Frost said he is working to guide the company’s fundraising efforts whilst also supporting the broader Frost team to improve the functionality of its app, as well as helping to attract future investors.

Since launching in May 2022, the innovative e-wallet provider has raised £1.1 million. Notably, in July the business closed a major seed funding round with key investors and additions to the team.

Frost said its July funding round helped it to quickly gear up for the next stage of growth, enabling the company to take on more developers, as well as providing staff with the tools to further elevate service levels.

At the same time, the company said it is continuing to work towards its plans to reach net zero carbon emissions.

The company is planning another fundraising round for the autumn.

Speaking on his decision to join Frost’s team, Andrew said, “I invested in Frost for two key reasons: the product, and the founders. From a product perspective, Frost helps customers to save time and money, allowing them to seamlessly switch household utility providers within the app. As founders, Pawel and Edyta have a proven track record and have personally funded Frost in its entirety from concept until launch – something which is highly unusual in fintech.”

Sender, a NEAR-based eco-wallet, recently raised $4.5m in a private round led by Pantera Capital.