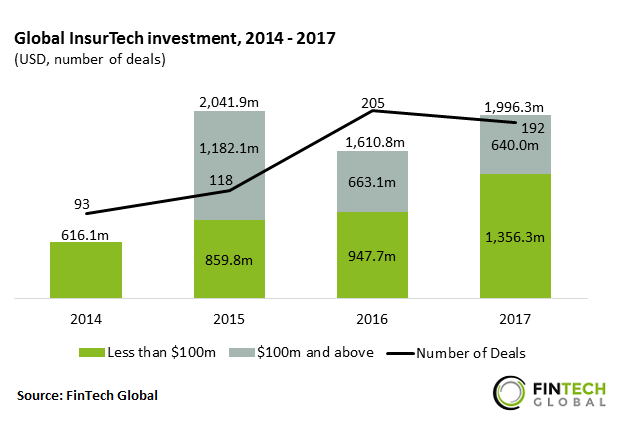 Deal activity slowed down in the second half of 2017

There was a clear shift towards larger deals in 2017 The top ten InsurTech deals in 2017 raised $974m, half of the year’s total funding