More than $1.1bn was raised in the 10 largest InsurTech deals globally last quarter 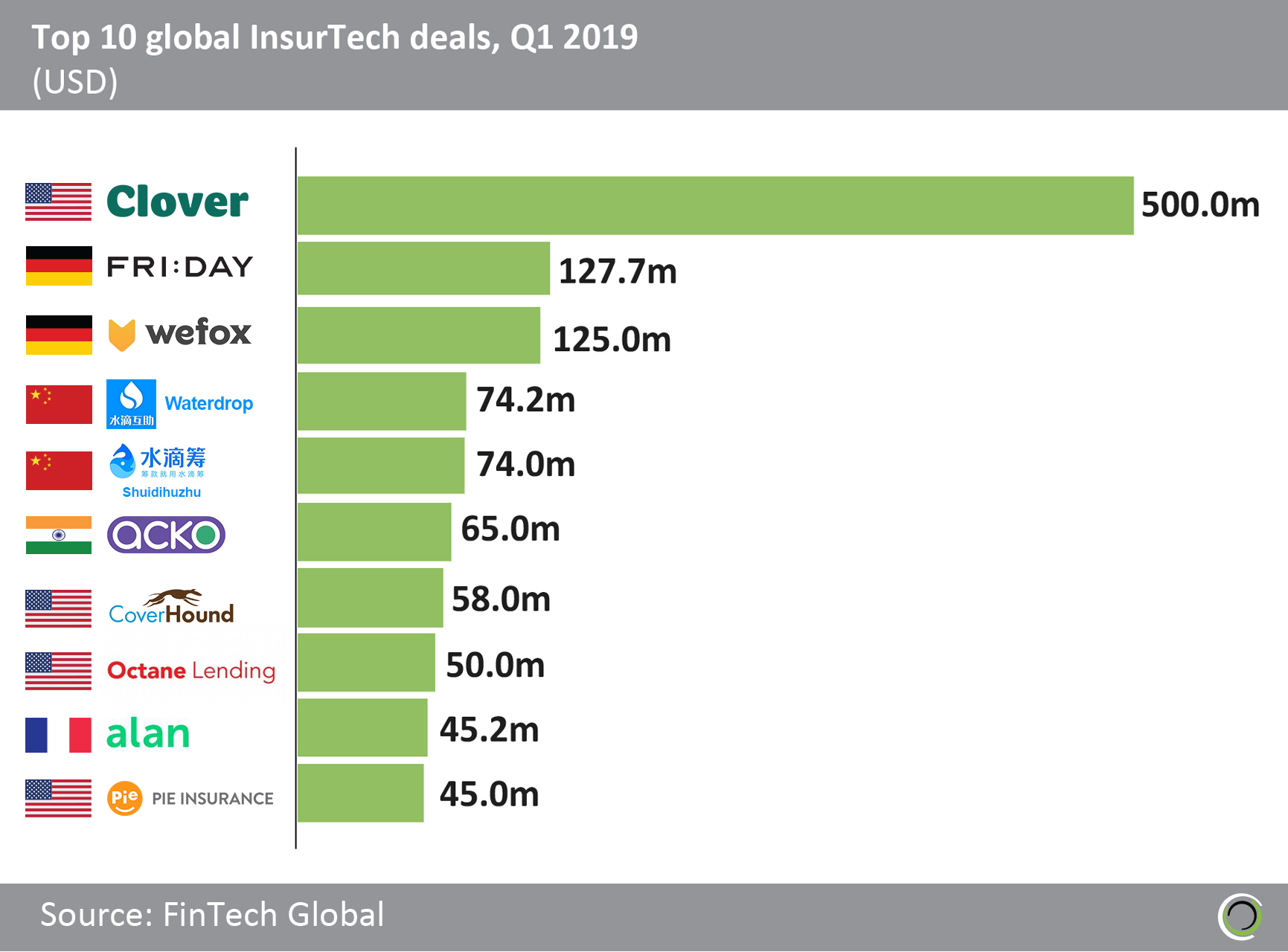