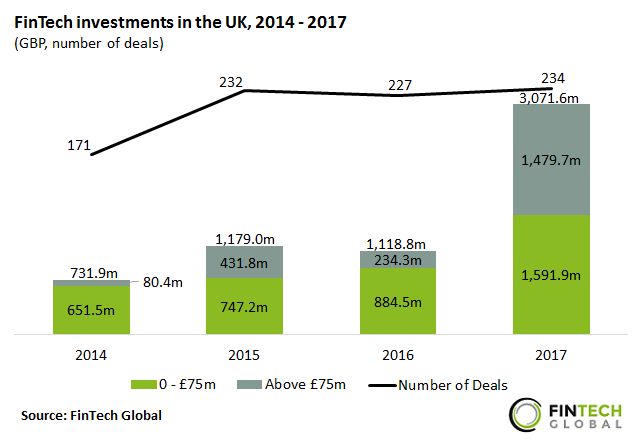 UK FinTech companies raised £3.07bn in 2017, more than the total of the previous three years combined