FinTech remains hugely attractive to investors across the UK and Europe as it evolves beyond simple apps carrying out single transactions into services based on customer relationships and trust.

Insurance and InsurTech startups are now firmly on investors’ radars as areas where newcomers can offer a better service and stronger relationships with customers than existing, more traditional, businesses.

London VC Balderton Capital partner Rob Moffat highlights it as a key area of opportunity, describing it as “an enormous space – and only a handful of startups have made an impact so far”.

Managing director Paul Mizrahi said, “if you look at the market now, there are still relativity few InsurTech companies in the market. I think that will change dramatically in the next few years.”

Capital is beginning to follow the excitement in the space too, with FinanceFox last month raising the largest round for a European InsurTech startup to date with its $28m Series A.

With so many investors eyeing up startups in the sector, the best opportunities are becoming a source of competition among would-be backers.

He believes, “Regulators are increasing scrutiny and requirements, but it is an area that is fragmented, requires a lot of cost for banks and puts pressure on the customer experience.

“As such it is a great place to attack with tech: there’s a big pool full of inefficiencies, it’s a big headache for clients and as such big gains can be made.”

FinTech remains a magnet for hype – particularly in London – and with spaces such as payments and lending becoming especially crowded there are areas some investors believe are becoming overfunded.

Zink points out, “there have been a lot of companies founded and funded within robo advisory and mobile-first banks, and I am conscious that these are both areas that could overheat.”

Faced with the difficult task of convincing users to swap their bank account to a startup will make growth challenging for these so-called ‘challenger banks’, despite them attracting sizable funding rounds.

Atom Bank, for example, is currently planning a fresh $130m-plus haul from Spanish bank BBVA, to follow the $128m it raised from the lender last year.

Proving to investors that a company’s product can generate a profit is difficult in any market, but can be more challenging when competing with long-established banks for consumers.

Vlaar highlights ‘B2C scaling’ and ‘partnerships’ as the greatest challenge for companies in the space.

Mizrahi suggests that this becomes particularly difficult when taking a product outside of its native region and that, “geographic scalability in the financial services space is generally difficult to achieve.”

While attracting customers is a challenge across all consumer tech verticals, Moffat identifies the regulatory complexities of finances as key problem that startups need to confront.

He claims challenges occur as, “there is little black and white in financial regulation these days and many startups operate at the edge of regulations, so there is always some uncertainty.”

The role of incumbents

As FinTech evolves the rhetoric has changed. Previously startups such as TransferWise marketed themselves as disruptors set out to wash destroy the banking systems of old.

Now the attitude has changed to one of cooperation for mutual benefit and Zink recalls, “For a long time, FinTech companies were perceived to be, or considered themselves to be, competing against the banks. We are now starting to move towards a position where banks and startups are working together.

“I think this is a positive development, and I would like to see more startups taking this approach. Ultimately this will make our existing financial institutions more efficient.”

Partnerships of today could become the acquisitions of tomorrow, but incumbent players in the space are also making their presence felt through corporate investing.

Vlaar sees this as a positive and comes as a, “confirmation of the opportunity and the threat to established banks.”

Not all see this as a good thing and corporate VC has a reputation of putting founders’ interests second to the firm’s bottom line.

Mizrahi emphasis that, “if you are very strong FinTech company, and you’re disrupting the market, you don’t want to team up with one of the incumbents, especially not at the early stage.” 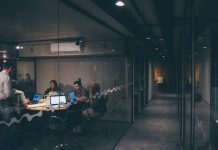 Superscript picks up another £8.5m in funding