WealthTech’s power for disruption lies in its ability to open services to ordinary consumers which were once only available to high-net-worth individuals.

From robo-advisors helping users manage their wealth to services that banks reserve for higher-value customers and platforms allowing almost anyone to begin investing, WealthTech is attracting considerable interest from investors and financial institutions.

European venture capital heavyweights such as Balderton Capital are backing companies like wealth management app Nutmeg, which recently took on £30m in its latest funding round, while banks such as BBVA are backing and exploring partnerships with challengers like Atom Bank.

Speaking at November’s FinTech Investor Forum Nicole Anderson, CEO of innovation service for the wealth and asset management industry FINTECH Circle, said, “the early drives for this industry are really all about the individual investors and there are some very good reasons for this.

“Non-performance is one but also the projection of uptake of technology being a default comfort factor and a growing trust in technology.

“The statistics are out there that globally close to 50% of high-net-worth individuals would prefer part or most of their engagement around their portfolio in a digital format, and yet only one quarter of wealth managers communicate with their customers beyond email.

“This means you have a real growing tension between classic relationship management and a growing dissatisfaction with visibility and choice.”

What consumers want versus what advisors offer

This contrast between what consumers want and what financial advisors are offering means that all types of customers are shunning traditional wealth manager relationships. Pierre-Jean Hanard, CEO of crowd investing platform SHAREPA, said, “Every client should have a dedicated relationship manager.

“The better phrase is that they are obliged to have a relationship manger but they don’t necessarily want one. This trend was apparent after the 2008 financial crisis and just got worse over time.”

In contrast to this, however, the need for good financial planning is not going away. Wealth Wizards founder and CEO Andrew Firth highlighted what attracted the company to the pensions and retirement market.

He said, “We identified that it was going to be a really big addressable market. In the UK alone there are seven to 10 million people who are going to need help with their retirement planning.”

Dr Thomas Bloch, CEO and co-founder of German automated investment platform Vaamo, highlights how WealthTech companies such as his can help banks serve those normally left out of financial planning.

“For us the most interesting development is that more and more financial institutions are considering how they want to serve retail customers going forward.

Wealth Wizards and Vaamo are two of a number of companies in the WealthTech space opting for a B2B offering instead of trying to take wealth advising technology directly to consumers.

“Going directly to consumer would be a really expensive way to do it, so we go through employers and employee benefits advisors,” said Firth. “Our business model is that the employers pay for 100 people whether they employ 100 or not, and we can configure the tool for the employers.”

Bloch also highlighted the benefits of the B2B model in the space, and said, “The way to scale such a business is by working with established financial institutions and that’s because of trust.

“They have the access to a large pool of existing customers and we believe that the awareness of and trust in robo-advisor WealthTech will be driven by established institutions.”

The issue of trust is pivotal not just in WealthTech but across the FinTech space, where an increasing number of young startups are attempting to build longer relationships with consumers, with greater sums of money at stake. Hanard, however, believes that trust is shifting away from established institutions and traditional wealth managers.

Referring to his time at HSBC Private Bank he said, “I noticed my own clients and my colleagues’ were not trusting banks but reverting towards their own personal and professional networks to source investment ideas or validate their own.

“I noticed as technology was evolving you could built trust without meeting people, and consumers are getting very comfortable about that.”

The increasing consumer trust in technology is also allowing new ways beyond investment algorithms for startups to change wealth management. Explaining SHAREPA’s crowd investing platform Hanard said: “Within social physics we have a field called social learning that suggests a well-designed group makes better decisions than an individual in that group, and that can be applied in investment decision making situation.

“Studies made with a platform called eToro found that if you have a diverse networks of investors then you can increase the performance by up to 30% – it’s quite significant.”

The role of the regulator

Beyond these changing consumer behaviours and growing trust of robo-advice from banks and consumers, regulatory change is also playing a key role in WealthTech’s growth.

Firth said, “The thing that really helped us was when the FCA started to get into robo-advice as a solution to the advice gap. We were the first to have a regulated robo-advisor in the UK and the FCA got behind it.”

Online invest platform MoneyFarm’s CEO Giovanni Darprà backs this and pointed out, “If you look at any very successful company in financial services it’s almost always the case that big changes and shifts come from regulatory endorsement.

“Because the consumer alone will not switch if there’s not a common ground and the solution is fixed.”

The FCA’s attempts to foster a fertile environment for FinTech startups means the UK has seen a lot of new WealthTech startups. Darprà suggested that while this is “not necessarily a winner-take-all market, there are going to be about five companies that can get the capital to make it a successful business.”

He said: “The constraint will come from the capital provider more than the consumers. It’s very expensive to build a financial service brand.

“That doesn’t mean there is a better return on capital on that but it is still a very expensive position and only a few companies will be able to attract the investment required to create a business at scale and that is going to define the next couple of years.”

One area at risk of becoming overheated is challenger banks, and Anderson claimed there are many as 20 applications for new banking licenses currently pending in the UK.

Companies such as Monzo, Atom and Tandem are beginning to get their apps and accompanying cards out there and into consumers hands. Some are bullish on their ability to take customers away from traditional banks.

“Most banks are not thinking in terms of being platforms,” said Bloch. “Instead they’re manufacturing and selling their own products, but the smart integration of offering an open platform is key -in the younger age groups this will be the future of banking.”

Having been a member of the founding team behind online bank Egg in 1998, Firth is less optimistic of new retail banking startups’ ability to compete with incumbents. He said dotcom-era banking startups such as Egg “performed an important role in effectively showing the way and many of them generated quite a lot of value for their shareholders.

“But in the end the incumbents saw they had to go that way and now, of course, digital banking is entirely ubiquitous. It could be that challenger banks will be the same thing again where the startups show the way and then the incumbents either eat them or follow them.”

He suggested, however, advancements in the technology these startup banks have to work with, as well as the opening up of APIs through PSD2, could create more sustainable businesses.

“The thing that might be different this time is that the technology has changed a lot and its more of an ecosystem. There is much more room for different providers to do one little bit and be really good at it and through APIs become an ecosystem of apps, technologies and platforms.” 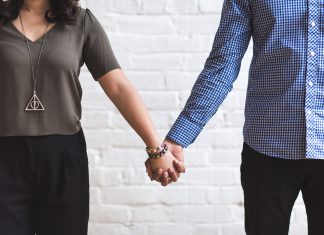