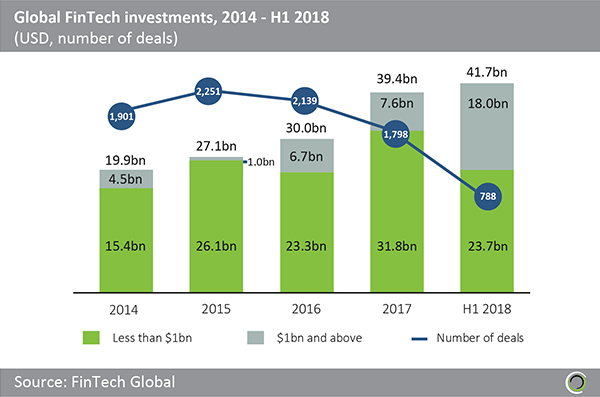 The global FinTech sector raised $41.7bn in the first half of 2018, surpassing last year’s record total