The capital was supplied by MDI Ventures, Rakuten Capital, VentureSouq, Sequoia Capital China, and Matrix?Partners, according to a report from e27.

QFPay is headquartered in China, but also operates across Cambodia, Hong Kong. Indonesia, Japan, Korea, Laos, Malaysia, Myanmar, the Philippines, Thailand, Singapore, and the UAE. With the fresh funding, the company hopes to further its presence in these markets.

Furthermore, the FinTech is boosting its development to establish new payment products and solutions.

The company is a mobile payments system for WeChat, Alipay, and Union Pay, empowering payments through the use of QR codes. Its technology integrates with POS systems to empower merchants to accept these types of payments.

Investments into payments and remittance startups have slowly been shifting away from North America and into Asia, according to data by FinTech Global. Since 2014, North America deal share has dropped from 55.3 per cent to 46 per cent in 2018. While the activity in Asia has risen from 16.7 per cent to 24.6 per cent. 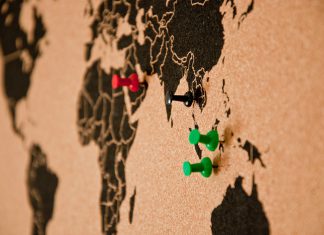 PAYFAZZ and Xfers team up to launch new company aimed at...