Despite the fact that travel was hit hard by the Covid-19 pandemic, the need for sufficient medical coverage has been thrust into the spotlight. Air Doctor bridges the gap between insurers, doctors and travellers to offer a universal healthcare product, at a time when it is particularly anxiety-inducing to fall ill whilst abroad.

Air Doctor was founded by Jenny Cohen Derfler to provide travellers with peace of mind when they are faced with a medical emergency while travelling. Rather than trying to figure out where your nearest doctor or local hospital is in an unfamiliar place, possibly in an unfamiliar language too, Air Doctor provides a stress-free way of accessing medical care abroad.

In 2014, Yam Derfler, fellow Air Doctor co-founder was travelling across South America  when  fell ill and was treated at a local hospital, but only after many hours of waiting and uncertainty. “The experience of being in hospitals in a place where you do not speak the language, it is very tough,” she said. What was striking to him was that it’s easy to find many things online, from fast-food delivery, hotels, and restaurants, but not something as essential and basic as medical care or doctors. This is where Air Doctor comes in.

All that is required to use the Air Doctor app is to search for the right specialty, select a doctor from a list of licenced, trustworthy health providers in the region and make an appointment without incurring any additional fee.

The company provides an innovative digital platform for insurance firms that enhances their clients’ customer experience while drastically lowering claim expenses. Air Doctor also partners with local doctors and clinics, providing them with an additional source of income.

Turning a challenge into an opportunity

“Covid was a real downturn for us,” Derfler said. However, the company used that time to innovate and added services such as telemedicine. “So today, in addition to being able to find a doctor in a clinic, or having the doctor come to you, we provide telemedicine services through our own doctors,” she said.

Derfler said it boasts a network of doctors in 71 countries, in which it offers to some of them the opportunity, and the required training, to provide telemedicine. This has been invaluable because the service, available in 15 languages, enables customers to get prescriptions and access to medicines even when they are abroad.

In addition, Derfler added that many of Air Doctor’s partners realised that in light of the pandemic, “no one would want to travel without a medical solution, and so they started coming to us.” As a result, the company signed 16 contracts in one year. “That was amazing, much more than we could ever think about. And I think that happened because of the pandemic,” Derfler said, adding jokingly that the pandemic in a way offered “free marketing” to the industry as to why a solution such as Air Doctor is needed.

Around September last year, Air Doctor began to see a gradual month-over-month increase in the number of travellers. This growth stagnated in January as omicron hit, but as of February things have picked up again.

“Fortunately for us, the new variants are less and less serious, and today most of the countries are lifting restrictions… So, I think the world is starting to live with Covid,” Derfler said. She added that Air Doctor customers expect a big increase in travel this spring, which is positive news for the company’s business.

The benefits to insurers

Air Doctor reduces insurers’ costs significantly, Derfler said. “They [the insurers] give us their pricing, how much they are paying in similar countries for a similar specialty, and our cost is between 20% and 50% less… they end up saving millions of euros, which is very significant.”

The benefits to insurers do not end there, Air Doctor enables the insurer to provide a completely digital and cashless solution, improving the customer journey. The digital nature of the service means no phone calls are required, which is a relief to most travellers who only have wi-fi or data packages, Derfler said. Moreover, the cashless process does not require reimbursement forms or the scanning of invoices, making the process more seamless and efficient.

The company works with a wide range of insurers, including Ergo which belongs to Munich Re and Allianz, in a range of locations. “Everybody in the insurance world is looking for digital solutions for their customers, and in that area we are really the best placed solution,” Derfler said. Air Doctor also works with non-insurance businesses. In fact, Derfler said 40% of its customers are not insurance companies, but Travel Agencies,  hospitality businesses such as hotels and  banks.

Air Doctor describes itself as a born global company, having positioned itself on an international playing field from the onset of its launch without an internationalisation period. It began its focus in Europe; Derfler said this was because out of 1.4 billion travellers a year in 2019, 670 million of those travel within Europe.

Being a global company is not without its challenges. Derfler said Air Doctor has to navigate recruiting all over the world, in different cultures, with differing medical and health systems and different languages. She detailed one experience where she visited Greece to recruit doctors and discovered that the Greek alphabet meant that tourists struggled to understand directions. This experience helped equip the company with the methodology to roll-out its operations in many countries taking into account “little problems” that can have a big overall impact on the customer experience.

After Europe, Air Doctor set its sights on Asia and the US. “In Asia we have very good coverage in Australia and New Zealand as well as Vietnam and other Asian countries such as China,” Derfler said. The company is currently bolstering its network in Latin America to expand further beyond the “main tourist locations” such as Machu Picchu and add to its existing networks in Mexico and Costa Rica. Derfler added that Africa is likely to be Air Doctor’s next area of doctors’ network expansion.

Giving control back to the customer

According to Derfler, a major problem for the insurance industry is that it has always been perceived by the customer as to be working against them. She said customers often feel the insurer will not be there when they are needed and in fact will create problems for them when they need a payment. “There is some animosity there in the relationship,” she added.

However, the industry has come a long way in improving this. “In the last three years this has changed completely. We have online insurance companies who have come up like Lemonade and Hippo and many others…. Now traditional insurers understand that they need to make things easy for the customer. Sometimes, even if they take some risk, it doesn’t worth not to give the customer a good experience.”

Technology and digital experiences have played a pivotal role in this. Insurers want to have control, Derfler said, and Air Doctor provides them with this through its “chunk”technology. Its service allows insurers to decide how it wants its customers to use the service, in what countries or specialities, and set limitations on how many times it can be used. “In order for them [the insurer] not to feel out of control, we give them methods to keep control. On the other hand, we are giving the customer control as well, because they have all the information in their hand to make informed choices.

“We somehow found a balance between the main pain points of insurers, such as losing control and fraud. And the desire of the user to find a solution faster without needing to worry about reimbursement.”

How are insurers staying on top of their game? 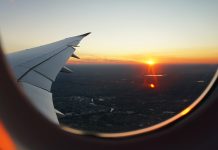 InsurTech Air Doctor teams up with Ok Away

Air Doctor: How to brace for impact in the travel industry

Levelling up the insurance experience with Air Doctor

InsurTech funding hit record levels in 2020 but can this level...

How a nightmare journey sparked the launch of InsurTech Air Doctor