There have never been more regulatory pressures for financial institutions than there are now, and it is only getting harder. Every year, regulators release a new batch of legislation or updates to existing mandates, all of which firms need to keep up with.

As a result of the pressures, whenever there is new regulation to deal with, firms have a knee-jerk reaction and just hire more staff. Inevitably this has led to compliance spending increasing. Research from Ascent RegTech claims that compliance-related operating costs have increased by 60% since 2008, with the cost of regulation amounting to an 8% tax on financial firms. This is not sustainable, and banks need to find a better coping mechanism.

The majority of the spending on compliance is paying staff, according to a report from McKinsey & Company, which accounts 79% of spend going to personnel. While firms are not allowed to completely automate their entire compliance process, there is a lot of room to reduce the sizes of teams and lessen this cost.

Gion-Andri Büsser, the CEO of IMTF, a Swiss tech leader in the regulatory compliance domain, believes the way to reduce these financial burdens is through technology. There are three main themes for optimising compliance spend, Büsser stated. The first is eliminating/reducing any unnecessary work, such as false positives and unimportant manual workloads. The next step is to automate processes as much as possible. Finally, teams need to establish more efficient workloads to enable quicker turnarounds and decisions, which can be achieved via improved information governance and collaboration between teams and silos.

To implement these changes, a firm needs to address their compliance process. Büsser stated that most firms have three functional layers when looking at their compliance ecosystem. “I like to call it an ecosystem because in the past we have all thought about software as something you install, and then you buy a second software and install it next to it. Today software is one aspect – a “capability” – in a broad set of streams playing together, from datapoints to human processes, IT processes, collaboration, detection algorithms, company culture and much more.”

The first, bottom layer of this ecosystem is the “detection layer”, which is made of the modules that look at the data and generate insights, alerts and cases you need to treat and work on later. The second layer is the orchestration layer. This is where the alerts and data points created by the first layer are processed. Then the final layer is where add-on capabilities can add value. For example, institutions might want to look at data points through a specific lens of from a different angle, supporting their existing human processes and compliance cultures.

The second layer is where firms can make the most significant change, Büsser said.

The second layer, which is focused on optimising processes, enables firms to remove the technology lifecycle side from their optimisation aspects, Büsser said. It allows companies to become much more agile. Instead of replacing entire legacy systems, they can implement a strong orchestration solution to collate these old systems, so they give a holistic view of compliance processing.  It can also add new data sources with ease and set up cross-functional scenarios. In simple terms, it lets teams modernise their daily tools without having to replace their entire backend technology stack (just yet).

Büsser said, “You can connect your existing technologies which means you don’t need to switch out your entire Rolls Royce. Instead, you can switch out parts of it or you can just add a nice – user-friendly – layer on top of your old technology. This helps optimising the process, and then gives you a lot more time on the back-end side to start thinking about how we switch out and how we optimise the detection engines on the first layer.”

Another benefit of the second layer is that it can give a deeper insight to an alert raised by the first layer. It can access data points that the first layer module might not have access to, enabling better decision making. “It’s much more flexible on the data side. The team can add more, maybe seemingly not very related data points that can help ultimately speed things up or make things more efficient.” Not only can it give teams an easier system for collaboration between departments, but it can also provide a holistic view of a customer. If there is an alert for a customer transaction, the second layer provides context for the bigger picture and how that alert matches with others.

These are some of the basics that a second layer can offer, all of which reduce process times and manual workloads. However, an enhanced intelligence solution, like that offered by IMTF, opens a company to even more benefits. For example, they can auto-close alerts based on historic treatments of similar alerts, pre-process certain alerts, risk-rate customers based on alert treatment data points and anticipate behaviour for certain customers and employees.

Despite the benefits this modular platform approach can offer, many financial institutions are just not aware of them. Many are hesitant to implement a two-layer intelligence platform simply because “it’s an additional tool, it comes with additional interfaces.” But firms should not be dissuaded by these problems, particularly as many solutions, like IMTF, can easily integrate with existing systems. “I think we need to do a better job in explaining what can be achieved with each of these layers and how the modules can bring a very specific set of advantages to the table.”

One other issue is that banks often see their compliance processes as independent from other areas of the business, such as – for example – KYC processes. Büsser explained that compliance teams typically look at money laundering, fraud detection and transaction sanction screening treatment processes completely apart from client lifecycle management, KYC reviews and new customer onboarding processes. However, Büsser believes they can and should all be linked and even treated in the same systems, as there are a lot of insights that can be shared. For example, data captured during onboarding might easily explain subsequent “suspicious” transactional behaviour for a specific customer, having this data in two different systems will however very often lead to inefficiencies like going back to the customer to ask the same questions, additional validation steps, etc.

IMTF, which is based in Switzerland, specialises in flexible intelligence within compliance. The company has developed a modular platform to manage risk and compliance that covers all three layers of the compliance ecosystem. Within the first layer, it provides modules for Transaction Monitoring (AML), name screening, risk scoring, fraud detection and many more. While its second layer provides firms with all the benefits that have already been mentioned. Then on the third layer, it has extra tools, such as a compliance dashboards, document management capabilities, regulatory reporting features and others.

One of the aspects that makes IMTF special is the flexibility it offers. All businesses are different and will have unique requirements or gaps that need plugging. This is why IMTF is designed as a modular platform. Companies can connect their existing solutions, without needing to replace everything.

Replacing everything at once is never the right solution. Big IT projects are always over budget and time, Büsser stated, and will always be more complicated than expected. It is far more efficient and less stressful to change systems step-by-step, prioritising the most critical areas.

This flexibility is just one in a list of reasons why IMTF is a perfect solution for companies. Other standout qualities are its modern technology that leverages both machine learning and data analytics, its long-term partnership approach to clients, and the team of experts that support clients and projects with the implementation and fine-tuning of the technology. This close relationship is not just something the team lives by, but Büsser as well. The partnerships with companies are designed so they know the CEO and are able to connect directly if needed.

IMTF has built a longlist of happy customers, with many case studies available to read through this website. IMTF currently boasts over 250 customers, spanning more than 50 countries. One of its latest clients is a digital bank based in the UAE. The company is leveraging IMTF’s entire platform for their compliance needs.

The company is poised for growth, with its goal to become the compliance technology company of choice. To meet these goals, it is investing into new technologies and products, as well as enhancing its existing offering. As RegTech continues to grow in importance, it is confident of being ready.

Büsser concluded, “Given the world state, I think it’s becoming more important that banks have technology that really supports them. Every bank is now scrambling with all the sanctions that have been released in the last few days around Russia. They’re overwhelmed and doing everything manually. So there’s lots of opportunities there to help them. But they need to trust the technology, they need to know that the technology works and supports them in the most lean and efficient manner.”

FICO to transition its compliance business to IMTF 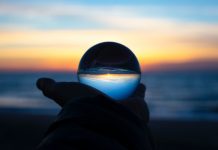 What are the regulatory technologies that will shape the future? 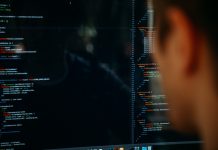 IMTF teams up with Parashift for AI document automation

How is cryptocurrency changing money laundering? 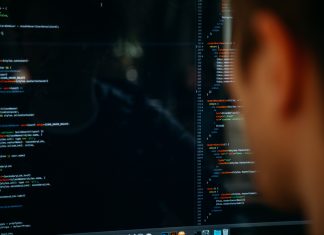 IMTF teams up with Parashift for AI document automation

FICO to transition its compliance business to IMTF