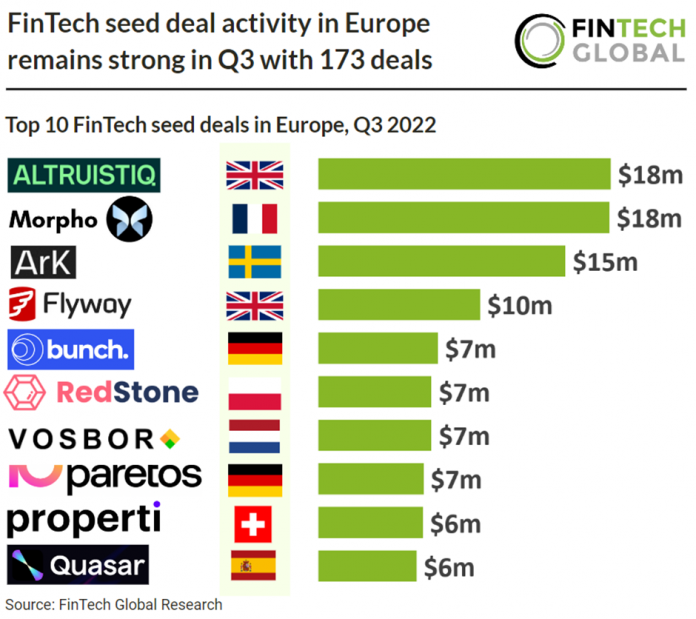 • European FinTech seed deal activity in Q3 remained steady with just two fewer deals compared to the second quarter. This is predicted to fall in following quarters as interest rate hikes and a probable recession will cause investment firms to hold off on higher risk early stage ventures, preferring more established companies.
• The UK had the most FinTech seed deals in Europe with 26 deals, a 29% share of total deals this quarter. Germany was second with a 15% share and France was third with 9%.
• The Blockchain & Crypto sector was the most active sector for FinTech deals in Europe during Q3, accounting for 20% of deals. This was followed by WealthTech which accounted for 15% and PropTech with 10%.
• Altruistiq, a sustainability impact measurement and management company, had the largest FinTech seed deal in Q3 2022 raising $18m in their seed round, led by Molten Ventures. The company intends to use the funds to continue to expand operations and its business reach and advance its abatement engine.