If RegTech is to escape from FinTech’s shadow to fully flourish in its own right it needs a lot more support and funding from investors, Regit co-founder and CEO Cindy Nguyen said in a research interview with FinTech Global.

The huge excitement around FinTech means the sector is currently getting all of the ‘glory’ according to Nguyen, with RegTech facing a lack of recognition due to it being seen as FinTech’s cousin and a niche area. Nguyen, who co-founded financial services communications compliance platform Regit last year, believes RegTech won’t ever fully escape that, but there are still opportunities to be taken to help the industry grow. A key contribution to this is unfamiliarity to it, as Nguyen thinks most people do not even know what RegTech is. Governments and investors giving more attention to the sector and nurturing it with the support it demands would be a major boost to its development.

Nguyen believes innovation can only be helped by investors taking the plunge creating funds purely dedicated to the RegTech sector, rather than one encompassing all of FinTech, with a growing separation between the two and more funding leading more companies, investors and clients to the segment.

She said, “We need more funding dedicated to RegTech – RegTech tends to be combined/slotted under FinTech as a “category” option which makes it more challenging for RegTech startups to stand out and get funding. Secondly, having more businesses, governments and regulators to really test new solutions would enhance popularity. I believe there is still a lot of hesitation testing out a new solution because of the perceived damages of regulatory breach, hence we need a sandbox environment where no one gets ‘shot’.”

According to data by FinTech Global, investments into RegTech in Q1 2017 hit $238m, which was around $70m more than the quarter before, but around the same amount smaller than Q3 2016. While this is not a record level in funding levels, it was a new high for number of deals, with it seeing 34 in the quarter, compared to 25 in Q4 2016. Since 2014, investments into compliance companies has been declining, with last year seeing anti-fraud picking up the most investments in the RegTech vertical. However, Q1 2017 has seen a resurgence of compliance investments, with it taking back the majority after receiving 59 per cent of total investments. This is new breath for compliance could be a sign of times changing.

While Regit wants to see more support from the government for RegTech to foster, it is starting to happen. She said “I do sense it is changing for the better. Regulators such as the MAS and FCA are recognizing the costs of regulatory compliance and are encouraging FIs to work with start-ups to find efficient ways to comply with regulations. Initiatives such as the MAS sandbox is one step closer to allow start-ups and financial institution to work together in a low risk environment.”

It’s not just investors and officials that need to change to ensure RegTech flourishes. A lot of help can be given by the RegTech companies themselves. While the market is still fresh, the solutions need to be less risky to ensure people are less hesitant to try them out, she said. Another way companies can help themselves is by making the platform easy to integrate, so that it is not an arduous process to implement. Nguyen believes this change is happening and will come naturally as the sector matures and is proven with validation from the industry.

Singapore-based Regit is a communications compliance platform for financial services, with it giving businesses the opportunity to collect up-to-date information about its customers. The platform works by collecting data on its users and gives them the ability to create a ‘handshake’ with a company which will automatically update their data whenever it changes. ‘Handshakes’ are able to be cancelled so that an organisation no longer receives new data.

Another issue which is presenting RegTech companies, are those that would be adopting their services. Nguyen said the negative stigma to working with a start-up, due to its appearance of little experience and lack of capital, hurts with people adopting the solutions. These companies are also afraid of handing over their proprietary information, and so are looking for ways to do everything by themselves, she said.

Nguyen added, “Adoption is slow because businesses are afraid to use external services, especially new solutions. Internal solutions are naturally easier to pursue because of a number of reasons such as control, security, and costs. However, internal solutions can also be costly and expose the business to additional risk – for example, if internal interpretation of the requirements is contrary to the market. The decisions to adopt an internal or external solution is not easy as each business has their own opportunity costs and risks appetite. However, that decision would be much easier if regulators publicly encourage adoption and experimentation with new start-ups.” 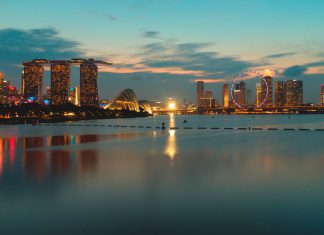