FinTech Global
Home Features Corporate Leaders RegTech is coming ‘out of the cold’ to ease the pressure on...

The regulatory environment is creating the perfect storm for RegTech to ‘come out of the cold’ and help solve real challenges according to Anthony Quinn, founder of Arctic Intelligence and co-founder at AML Accelerate.

New laws introduced since the global financial crisis in 2008 are constantly being updated, causing mounting pressure on compliance teams to keep on top of managing multiple regulations and multiple regulatory relationships.

There are also major implications resulting from the global expansion of money laundering and terrorism financing laws, which are increasing the ‘regulated community ten-fold’ according to Quinn.

“This creates capacity issues for regulators and globally impacts millions of businesses that have never been subject to these laws,” he added. “They don’t have the knowledge or capabilities at this point to identify, assess, mitigate and manage the ML/TF Risk exposure or create an AML Program proportionate to the identified risks.”

As a result, the environment is causing a push for accountability by boards and executives on compliance, ‘making for a marked shift in RegTech’ according to Quinn.

In the first three quarters of 2017 there has more than $523m invested in the global RegTech sector, with more than 48 deals completed according to data by FinTech Global.

“After a long time in the cold RegTech is recognised as being a way of effectively managing risk exposures and addressing the need for transparency in actions organisations are taking to address risk and compliance matters,” he added.

Regulation Nightmare On The Horizon

Next year is set to be a nightmare for financial institutions, with those responsible for compliance and mitigating risk facing a wave of new regulations.

The second Markets in Financial Instruments Directive (MiFID II), a follow up to MiFID, which was First introduced by the EU in response to the 2008 financial crisis, is set to come into force in January.

With the regulatory landscape continuing to cause problems for the industry, innovation in technology is seen by many as the solution. The application of blockchain, machine learning and data analytics can take regulated industries ‘pretty far’, according to Quinn, especially in the area of data analytics.

“Many compliance teams spend a huge amount of time gathering data for internal and external reporting purposes.  Because of many banks having disparate and legacy systems most time appears to be spent gathering rather than analysing, interpreting and responding to data.  This will lead to greater efficiency, transparency and ultimately better decision making.”

The impact of machine learning and artificial intelligence in regulatory compliance is ‘too early to tell’, there have been a lot of experiments going on now about machine readable regulations, cognitive learning systems to improve efficiency.

“I see that continuing, simply because some major Banks have over 30,000 people now in compliance, often working in routine, mundane and low-value add activities that could in future be largely automated. By largely I mean many organisations will need to train machines, over-ride where pragmatic and tune/fine tune them,” he said.

“It seems absurd to me that in many markets including Australia that there is no mandated requirement to independently review AML or other compliance programs and left unchecked there will be many, many issues,” he added.

This led to founding Arctic Intelligence, which provides a suite of audit, risk and compliance software platforms designed to help regulated entities and professional services firms assess the design and operational effectiveness of money laundering, bribery and corruption or tax evasion compliance programs.

Quinn also co-founded AML Accelerate, a provider a risk management framework for conducting money laundering and terrorism financing risk assessments and creates the compliance documents necessary to demonstrate that the regulated business has an AML program that is proportionate to the risks identified.

“We believe that solutions should be able to be accessible and affordable to all regardless of the regulated entities size, industry sector or geographic location.”

Despite the promise of solving regulatory challenges, the adoption and implementation of RegTech efforts have not always been consistent. However, the enablers to RegTech adoption are also the barriers to entry according to Quinn.

“Many RegTech companies offer point solutions that solve parts of the solution which is valid as there are very few (if any) full suite platforms that can be deployed and besides even if there were the ability for most small, medium and large companies to afford these systems is not there. Unlike FinTech where there are some regulatory hurdles involving being accredited as an ADI or AFSL holder for example, RegTech is different in that it should be fostered and encouraged.”

Why data protection is more vital than ever in modern communications

February 1, 2023
Ripple, a company specialising in the crypto and blockchain industries, has promoted Monica Long from SVP and general manager to president.
© Fintech Global © Copyright 2021. All rights reserved. 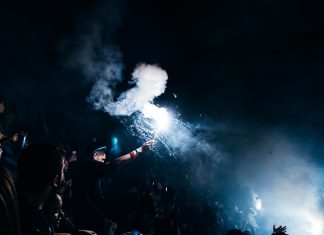 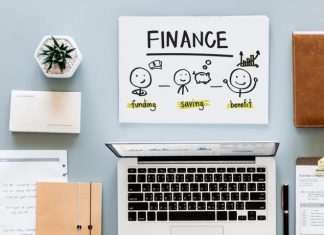