The share of deals under $1m reached a four-year high in the first six months of 2020. 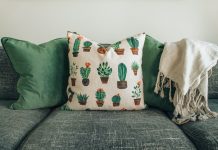 ACINQ reaches $10m in funding after new round