The collapse of Wirecard has sent shock waves through the FinTech industry, cut customers off from their money and raised some serious questions about the role of regulators.

Wirecard peaked in the third quarter of 2018. Between July and September that year, its shares hit an all-time high and it replaced Commerzbank on the prestigious German Dax 30 index. The FinTech unicorn had undoubtedly become Europe’s biggest FinTech and seemingly could not do anything wrong.

To its CEO Markus Braun, this was just the beginning. “I believe that, in the next ten years, our growth dynamics will put the growth of the past ten years comfortably in the shade,” he said at the time. However, things were already rumbling underneath the surface that would mark the last three months of 2018 as the beginning of the company’s collapse, a crashing down that would destabilise the FinTech industry.

It’s not like nobody saw it coming. Over the years, several people had voiced concerns about some apparent accounting irregularities within Wirecard’s finances. In March 2018, the company had launched an internal investigation into three members of its Singapore headquarters, the Financial Times reported. The probe looked into a whistleblower’s allegations of how the business was fraudulently sending money to India via third parties in a so-called round tripping scheme. Essentially, a round tripping scheme is when a company sells an unused asset to another business whilst simultaneously agreeing to buy back the same or similar assets at roughly the same price. The schemes won’t produce any economic substance but could be reported as beneficial sales and purchases.

By October 2018, the internal investigation had reportedly been scrapped. That’s when whistleblowers turned to the Financial Times. Over the next year and a half, the newspaper published a series of damning exposés, sparking criminal investigations that saw the Singapore police raid Wirecard’s offices. Wirecard responded to the claims by threatening the Financial Times with lawsuits. This didn’t discourage the publication. Instead it pushed on with its reporting.

In April 2020, KPMG, the professional services firm, published an independent audit Wirecard had announced in October 2019, saying it was unable to verify the arrangements responsible for most of Wirecard’s profits reported between 2016 and 2018. KPMG also expressed concern about €1bn ($1.2bn) of cash balances as it could only link it to a former Singapore trustee of Wirecard’s that had cut ties with the FinTech when the audit began.

When June 2020 came around, the evidence that Wirecard’s time was running out was mounting. First BaFin, the German financial watchdog, submitted a criminal complaint against Wirecard, accusing it of having potentially made misleading statements to investors. This in turn caused prosecutors to launch a criminal investigation that led to police searching Wirecard’s offices.

Ernst & Young (EY) then refused to sign off on the financial statements of 2019 after banks in the Philippines told it that €1.9bn ($2.1bn) of Wirecard’s balances were “spurious”. Then things started to move really fast.

After EY reported the $2.1bn-shaped hole in Wirecard’s balance, the German FinTech giant admitted that the missing money, which represented roughly a quarter of its balance, probably never existed. Braun, who had spent the past few years denying any wrongdoing, stepped down as CEO on Friday June 19. A few days later he was arrested, accused of having inflated the company’s total assets and sales volumes. Braun was later released on a €5m ($5.66m) bail. On Thursday June 25, Wirecard filed for insolvency.

The implosion of Wirecard has unsurprisingly sent shock waves through the FinTech industry. After all, the company was named Visa’s preferred payment processor as late as in April 2020 and was collaborating with Mastercard and a slew of other companies. The size and apparent success of the business meant that it was often held up as an example of the German FinTech sector’s growth and strength. So when Wirecard crashed, many expected there to be consequences. However, few anticipated them to come rushing in quite as rapidly as they did.

On the morning of Friday June 26, the Financial Conduct Authority (FCA) ordered Wirecard UK to freeze all of its assets and regulated activities. The announcement caught the FinTech companies relying on Wirecard’s services unawares. Within the next few hours, ventures like Curve, ANNA Money and Holvi announced that all or parts of their services had been suspended, leaving customers unable to access their money.

They were able to resume business on Tuesday June 30 after the FCA allowed Wirecard to resume operational activity, following conversations with “Wirecard UK and other authorities” to “ensure that the firm was able to meet certain conditions required to lift the restrictions we imposed on it.” That being said, companies like Curve and Revolut have said that they are migrating their services away from Wirecard.

Even though this first wave has passed, no one is expecting a swift end to the scandal. For EY, the implosion of Wirecard has added to the pressure it already faced from UK regulators for its audit of the two collapsed companies Thomas Cook and NMC Health. Moreover, SoftBank, which invested €900m ($1bn) in Wirecard in 2019, is reportedly planning to sue EY, according to sources speaking with Der Spiegel.

In Germany, BaFin, the local government in Bavaria and prosecutors in Munich have all rejected criticism that they failed to act fast enough to prevent or investigate the scandal. Moreover, the European Commission has asked the EU’s markets watchdog to assess if BaFin did enough to investigate the allegations levied against Wirecard to protect investor confidence in EU markets, Reuters reported.

Given the criticism, it’s hardly surprising that calls are already being made to sharpen the legal framework in which FinTechs operate. For instance, the Wall Street Journal’s Rochelle Toplensky has argued that the collapse of Wirecard should serve as a wake-up call for regulators that have eased their rules to nurture the tech sector. If and how regulators and lawmakers respond to calls like that is anyone’s guess.

“Wirecard is a watershed moment for the FinTech industry,” says Fredrik Davéus, CEO and co-founder of WealthTech startup Kidbrooke. “The short term consequences will no doubt be exclusively negative. As the second order effects begin to emerge for consumers, confidence risk being shaken in the notion that financial innovation is a force for good.”

To avoid this, Davéus urged the industry to make sure to develop “checks and balances to prevent recurrence.” He continued to say that the notion that any company is too big too fail “must be thoroughly debunked”, adding that it “is encouraging to see the emergence of industry bodies which can support mature discussions on best-practice and compliance.”

Crucially, Davéus encouraged the public and the industry to ensure that the fall of the German FinTech titan doesn’t soil the reputation of the FinTech industry. “The overwhelming majority of FinTech and WealthTech firms continue to build the new ecosystem of products and services enabling delivery of better outcomes for the consumers,” he said. “This process must continue undiminished, but with greater humility and recognition of the responsibilities we all share.”

A similar notion was shared by Anthony Quinn, founder and CEO of RegTech startup Arctic Intelligence, who argued that the story should serve as a reminder for FinTechs, “particularly when they are scaling fast and receiving investment and processing high volumes of transactions, [that] it is critical to ensure the basic accounting fundamentals are followed.”

It will surely take months before the full extent of the Wirecard affair will be made available to the public. That being said, what are the lessons people can learn from the scandal right now? “I guess the biggest lesson is [to] not trust listed FinTech companies blindly just because of their prestige,” Arsen Torosian, CEO of crypto-trading app Tap told FinTech Global. “Every action they take is highly depended on how well it will impact it’s share price.”

The technologies leading the way in fighting financial crime 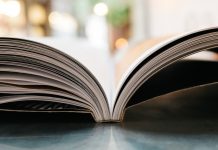 COVID-19 has highlighted insurers’ need to update the tools they use...