In order to successfully prevent misconduct and manage risk, companies must foster a customer-centric culture across their teams, and this should work in harmony with the use of AI and automation. This is the basis of Cognitive View’s mission.

The Royal Commission into misconduct in the banking, superannuation, and financial services industry, also known as the Royal Banking Commission, was established in December 2017 in Australia to investigate misconduct in the industry. Many organisations were found to be engaged in misconduct and conduct falling short of community standards.

According to Cognitive Views’ founder and CEO Dilip Mohapatra, there was widespread misconduct in the industry. Cognitive View was founded in 2018 in Melbourne, with the goal of leveraging technologies such as AI to help organisations improve their culture and hence prevent this misconduct. The company believes that a customer-centric culture combined with the right technology is paramount to achieving this.

“We were looking into a variety of challenges,” Mohapatra said, “where for instance, someone who was mentally challenged was sold a life insurance product by a cold call. Or where bad financial advice was given to vulnerable customers who had lost their life savings. We were also seeing the number of claim disputes going up significantly.”

Many regulated firms like banks and financial services in a customer-facing environments, Mohapatra continued, were found to be not representing the product correctly and taking advantage of the customers, resulting in fines and reputational damage. “We could not find anything in the market that can clearly solve all of these problems. Therefore, we built Cognitive View.”

The RegTech is a communication surveillance platform that looks into customer conversation data. It deploys AI-based technology to tap into voice data, for example, and automates the compliance and conduct risk process. It is also able to investigate potential misconduct patterns and helps manage risk and compliance.

At the core of Cognitive View’s offering is the belief that company culture is paramount to improving risk management and preventing misconduct. Mohapatra said, “You can have lots of processes in place, but it doesn’t really help if culture is not in place. It’s a double-edged sword, it needs to be a top-down approach as opposed to a bottom-up approach.

“The technology can only play a certain role, it can provide a lot of information about how things can be improved, but both the culture and technology need to come together to produce the right outcome. This is what we advise companies to develop.”

To this end, Cognitive View champions a customer-centric culture, as opposed to a product or sales-based culture. “When we see there is a lack of understanding or there is a conflict of interest. For example, many firms have a sales-based incentive model, which can often conflict with the customer outcome,” Mohapatra said.

Therefore, it is important to get what Mohapatra called, “the fundamentals”, right. A sales-based incentive model in a company can be more conducive to misconduct behaviours, because achieving sales targets can sometimes be at the detriment to what is best for the customer.

“For example, we have seen instances where there was a lot of funeral products being sold to customers who are elderly or vulnerable, and they did not clearly understand of appreciate the requirements of the sale. So, products can be mis-sold or not sold to the right demographics,” Mohapatra said. Companies that provide incentives for sales to its employees are particularly at risk of this.

Another potential risk factor for misconduct can be a lack of transparency across an organisation. Mohapatra said when it comes to transparency, many large companies operate in silos, which can mean a lack of visibility. “For example, when we look into a company where they have three lines of organisation structure: a risk and compliance team, an audit team, and a customer facing team. A lot of the time, these teams are really lacking information, or doing things very independent to one another.

“Everyone has their own interest and their own KPIs, and they’re just focusing on their KPIs other than what is the key risk associated with a specific set of actions, or if a specific type of breach is happening. Everyone in those three lines of defence needs to have a more unified and simpler way to approach risk.”

How can AI and automation help?

In a digital world with ever-changing regulatory requirements and evolving risk dynamics, compliance management is increasingly difficult. Companies cannot keep up with this level of monitoring using only human resources, fortunately, the use of AI and automation is improving the capabilities of communication monitoring.

Mohapatra said that although some companies in the RegTech space have already done some work with the use of AI this has typically been a “lexicon-based approach”, but the technology, specifically voice analytics, has evolved to the extent that you can now look into intent, which means you can look into how something has been said.

This is important for two reasons, Mohapatra continued. Firstly, this type of voice analytics technology can address a lot of the gaps with the previous generation of lexicon-based technology, “which more like spotting key words.” Secondly, it can remove the bias and lack of transparency that comes with deploying a human supervisor. Moreover, a human supervision process is inherently biased, cumbersome, and can only cover three to five percent of the calls, Mohapatra said.

“By using AI-based technology, you are ensuring that you can cover 100% of the calls and you can also provide a level of transparency. For example, we have a specific type of feature called AI ethics model. So, any decision AI is making is providing a lot of transparency around ethics, bias, and confidence scores. Those are the key sort of elements where AI can augment existing processes to provide a full coverage but to reduce the cost and human bias, and make sure companies have a good coverage for compliance and conduct risk.”

AI and automation are being increasingly talked about in the industry, arguably becoming buzz words. However, Mohapatra warned that as more companies look to leverage the technologies, it is not a “magic bullet you can bring in and everything changes overnight.”

This is where bringing a human into the loop is important, he continued. “Introducing automation does not necessarily mean replacing existing human supervisors, rather, you can create a hybrid process where humans can still be part of the loop and continue to review certain aspects.”

The shift to remote working

The pandemic-fuelled shift to remote and hybrid working practices has brought additional challenges. Firstly, fostering a company culture that is conducive to good practices may be harder due to the lack of in-person interactions. “Hybrid working is going to stay, so companies need to figure out how to build good culture in this environment,” Mohapatra said.

In addition, remote working also caused an explosion in collaborative technologies such as Slack, Microsoft Teams, and Zoom, which brings its own set of unique challenges to compliance management. Using these collaborative channels, Mohapatra said, means companies’ compliance departments must cover a huge amount of data across multiple channels.

Cognitive View helps companies navigate this. “We cover around 50 different collaborative channels in 20 different marketplaces. We can record all these conversations that happen in these different remote working or collaborative challenges and look for compliance and conduct risk gaps,” Mohapatra said. 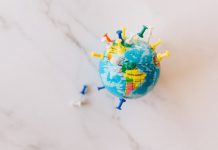 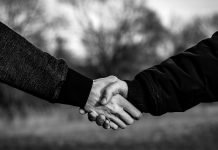 How can RegTech companies ensure their use of AI is done in an ethical way?

How the coronavirus has affected the RegTech industry

What’s next for Australian RegTech?