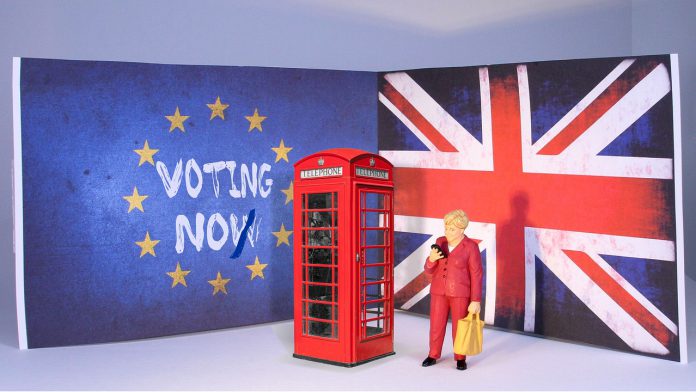 Britain is officially leaving the EU on January 31. The question is if the UK’s FinTech scene is ready.

Brexit will transform UK FinTech. When 52% of the British electorate voted to leave the EU on June 23, 2016, they set off a chain reaction that will change the market conditions for entrepreneurs and innovators in the British financial technology scene. But it is not exactly clear how.

This uncertainty is not due to a lack of effort from the people in charge. Since the vote, politicians on both side of the English Channel have tried to figure out exactly what form the British exodus will take. Yet, despite three and a half years of negotiations, three rejected withdrawal agreements, three prime ministers, two UK elections and the final exit date seemingly being set to January 31, 2020, things are still left unclear.

UK and EU leaders must still agree on what regulatory framework market stakeholders can operate within. Prime minister Boris Johnson and Sajid Javid, the chancellor of the Exchequer, have both stated that, no matter what, there will be no alignment with EU laws after Brexit. EU politicians have responded that they may switch off London’s access to European markets if British lawmakers fail to see eye to eye with their continental peers.

The next year will also see British MPs and MEPs duke it out over how a potential new trade agreement would look like. Johnson has stated that he wants to complete a deal by the end of 2020. He has previously envisioned the end result to be a “super Canada” deal. However, accomplishing this might be harder than Johnson makes it out to be. The European Commission is rumoured to be gearing up to give the UK a worse trading deal than Canada and Japan to avoid giving British businesses unfair advantages to continental companies.

As the political slug fest continues, British FinTech innovators are caught in the middle, wondering what the future might be in store for them. To some, this has left them with a pessimistic outlook on the future.

“The UK FinTech community is not ready for Brexit,” Adrian Shedden, FinTech lawyer at the law firm Keystone Law and advisor at Barclays Techstars Accelerator, tells FinTech Global. “How can it be ready for something that it doesn’t know the shape of, what the rules on immigration are, what markets are open for expansion, what rules will apply?”

One of the biggest uncertainties has to do with passporting rights. “Passporting rights are the bedrock of the freedom to provide services across Europe – the ability to be authorised in one member state and be able to provide the same services in the other 30 member without having to jump further regulatory hurdles due to maximum harmonisation of rules across the entire bloc,” explains Shedden.

The passporting rights are regulated under the EU’s Markets in Financial Instruments Directive (MiFID II). The law also regulates things like how financial firms and FinTech companies report to authorities.

David Clee, CEO of MirrorWeb, the RegTech company, recently explained to RegTech Analyst that FinTech firms will probably not notice any huge changes to this law following January 31. “For the time being after Brexit, we think it is fair to say it would still be business as usual as far as MiFID II is concerned – not least because there is a special provision for it in the EU Withdrawal Act,” he said. “However, with MiFID II already under official review, it’s hard to say that it will be ‘business as usual’ for anyone – in the UK or EU – after a while.”

Clee added that the Financial Conduct Authority has stated that it would like to work closely with EU authorities in the future. Yet, he also noted that the UK financial regulator “would look to explore ‘flexibility’ of EU laws after the withdrawal.”

For some, the uncertainties regarding the future of UK financial firms’ passporting rights have also cast doubt about Britain’s ability to maintain its place as the European leader of FinTech.

“[Without] the regulated parts of these. [UK businesses] and regulators in other member states requiring substance and management to support a licence elsewhere, the arguments to retain an expensive London base may start [to wear] thin,” Tim Waller, partner at TLT, the law firm, tells FinTech Global. “Some FinTech businesses may continue to have a base in tech savvy London, but the industry should be wary of and do its best to mitigate against a slow migration away from the UK of tech business and talent.”

Several UK FinTech firms – including over 100 financial services firms as well as challenger banks Revolut and Starling Bank – have set up or are looking to establish offices elsewhere in the EU to ensure access to the trading bloc.

Similarly, European businesses – such as the German InsurTech startup Getsafe – have gone the other way around and opened offices in the UK.

Nevertheless, passporting rights is just one of the many issues European and British lawmakers must agree on. “As the UK diverges itself from over 40 EU regulations and directives on financial services and vast swathes of European technical legislation, it will have to choose how to regulate the domestic financial services industry,” James Paton-Philip, corporate partner at Irwin Mitchell, the law firm, tells FinTech Global.

FinTech firms are advised to keep abreast of whatever these legislative changes are. “There [is] no doubt challenges ahead and it is difficult for regulators and respective rules to keep pace with the speed of change,” Kevin Mountford, CEO and co-founder of Raisin UK, the savings and investment marketplace, tells FinTech Global. “FinTechs will also need to be very mindful of risks, [particularly] with the rollout of open banking and increased collaboration taking place between various organisations.”

As the UK’s future as the FinTech leader of Europe has been put into question, other countries have made bids to steal the crown. Germany, in particular, has positioned itself as a potential successor. No other European country, save Britain, have raised more venture capital. Although, the investment gap between the two countries is still massive. As an example, German FinTech companies raised £1.57bn in the first six months of 2019 whereas UK ones attracted £2.69bn during the same period, according to FinTech Global’s data. 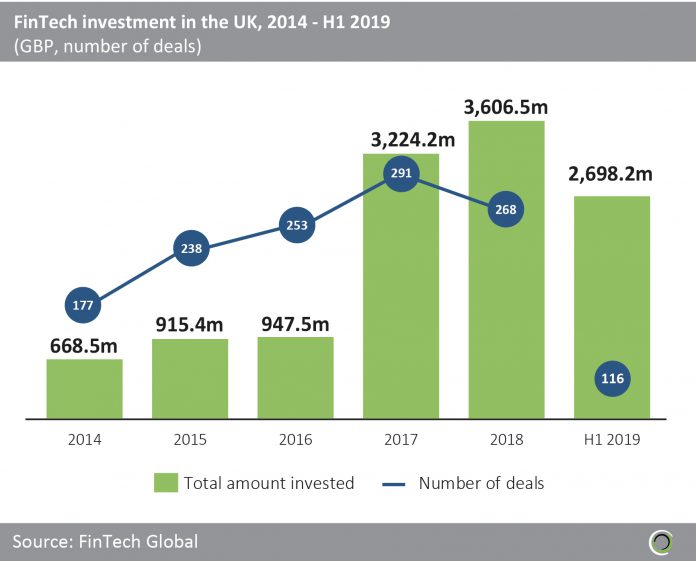 So, are UK FinTech companies ready for Brexit? “Let’s hope so as it’s been on the agenda for a few years now!” exclaims Mountford. “There will clearly be concerns, but there is hopefully greater clarity now following the election. As with other industries, there needs to be planning around the possible scenarios but UK FinTechs need to maintain a positive outlook.”

When asked about how the divorce from the trading bloc has affected his business, Mountford, says that “Brexit hasn’t really impacted Raisin.”

He adds, “Although, we have sensed a change in consumer behaviour with some seeing cash as a safer bet than stocks and shares, so activity has increased and until recently savers have favoured short term products again due to uncertainty at a more macro level.”

Despite the regulatory uncertainties, some suggest that Brexit might create business opportunities for smaller startups. For instance, when RegTech Analyst recently spoke with Remonda Kirketerp-Møller, founder and CEO of muinmos, the company helping businesses safely onboard clients, she suggested that Brexit could create opportunities for FinTech firms in the RegTech sector.

“RegTech solutions can provide financial institutions with clear visual mapping across all jurisdictions based on their client base,” she said. “The software can provide meaningful data in real-time – data which is not only costly to obtain from lawyers, but which constantly changes and could therefore quickly become obsolete unless additional legal fees are paid to be kept updated. Automated RegTech solutions have been designed specifically to help financial institutions to navigate effectively through cross-border challenges.”

The Brexit process has been going on for three and a half years. In December, the UK electorate overwhelmingly voted for a Conservative government, giving Johnson a clear mandate to pursue his vision of the breakup.

Yet, it is still unclear exactly what impact leaving the union the nation has been part of since 1973 will have on the country’s FinTech companies. “Despite a clear mandate to Brexit, we’re still gazing into the crystal ball as to what the FinTech landscape looks like after Brexit and whether that will happen by end 2020,” concludes Shedden. 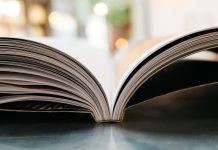 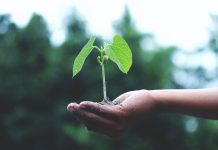 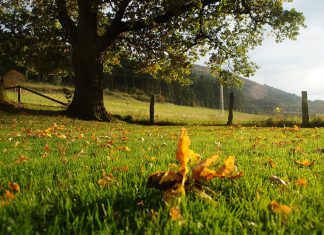 Kasisto scores $17m Series B round led by Oak HC/FT

CivilisedBank to relinquish its banking license to focus on developing its...