According to a report by Electrek, Tesla had already introduced its own insurance product in California, but it didn’t deploy real-time driving data or Tesla’s safety score, which had been the original goal.

Tesla’s safety score system, which utilises driving data collected in real time from Tesla vehicles to determine is the user is a “good driver” based on factors such as hard braking and unsafe following distance.

Tesla’s insurance uses data based on an individual’s driving behaviour to set rates, a safety score between 0 and 100 is then calculated. Customers can see their score on the Tesla app.

The company said its premiums can deliver savings of 20% to 30%. For the average driver who is getting a Tesla safety score, the savings can run between 20% to 40%, and for the safest drivers, Tesla said the savings could be between 30% to 60%.

According to a report from Markets Insider, Elon Musk, CEO and co-founder of Tesla, said that showing customers in real time how their driving affected their insurance costs could result in safer driving habits and lower premiums. Tesla can also use vehicle data to quickly pay out claims and organise same-day repairs, providing a better customer experience than conventional car insurers, he added.

However, Warren Buffet, whose Berkshire Hathaway conglomerate owns the insurance company Geico, has reportedly cast doubt on whether Tesla’s expansion into the auto insurance market will be successful.

The Markets Insider report revealed he said, “It’s not an easy business at all… I would bet against any company in the auto business being any kind of an unusual success.” 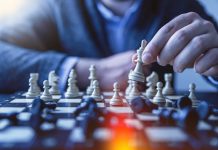