As another year ends, the RegTech sector has the opportunity to take stock on what was yet another successful year for the industry. What stood out amongst others?

At the beginning of 2022, one of the key considerations for companies in financial services was regulated businesses implementing and adjusting to the European Union’s 6th AML directive.

The 6AMLD was, in the opinion of Moody’s Analytics, an ‘exercise is jurisprudence’, aligning with the FATF predicate offenses, identifying certain crimes that were generating cash that would need to be laundered. These crimes, the firm claims, included human trafficking, cybercrimes and environmental crimes.

Moody’s stated, “Much of 6AMLD was about catching up with progress made in other countries, but it was also about driving consistency across EU member states to ensure financial crime in Germany, France, Italy and so on were all viewed and treated in the same way. A good example of inconsistency in the EU has been the treatment of tax offences, which cost countries billions of euros each year.”

The company added that some European nations felt they were exceeding what the EU demanded – bringing new beneficial ownership registers online – while others had ‘serious work’ to do to establish compliance. Moody’s believes this pointed to inconsistency in the sector.

Hugo Veazey – KYC industry practice lead at Moody’s Analytics – added that this year, some of the largest European banks were being fined by the American authorities, which meant the EU missed out on large sums of money being collected by US counterparts.

He said, “Whether this could be identified as a motivating factor for changing AML regulations, we can’t say, but whatever the motivation, 6AMLD has been a step in the right direction. EU regulators were under-resourced and under-fining. Now it can become a virtuous circle – the EU will get some of the revenue and that will fund additional AML resources.”

Any review of 2022 wouldn’t be complete without discussing the impact of the Ukraine-Russia war and the subsequent sanctions that rocked geopolitical relationships. With developments in Eastern Europe unfolding at breakneck speed, companies had to get to grips with huge challenges around regulatory compliance.

Veazey detailed, “When Russia invaded Ukraine, everything changed overnight – the invasion was a compliance game-changer. When it comes to how anti-money laundering (AML), supply chain due diligence, and risk management are tackled, events unfolded at an unprecedented pace and scale.”

He explained how new sanction packages were introduced overnight and on a daily basis, changing the risk profiles of individuals and entities almost everywhere. “Across the world, organisations needed to uncover sanctions risks in near real-time and take mitigating action to comply,” Veazey said.

Following the first wave of sanctions in March, a series of further sanctions packages were released. As Veazey underlined, the EU’s most recent package – its 8th – was shared in October.

“The country saw a large influx of Russian cash throughout the year and in response to this, any Russian citizen who holds more than €100,000 in a Swiss account now needs to be reported to the Swiss authorities. This forms the basis of a watchlist, and the risk profile can be used to support decisions about whether to offboard the customer.”

A less well-known but no less prominent area of change this year has been the tightening of oversight on cross-border trading, claims Muinmos CEO Remonda Kirketerp-Møller.

She said, “We saw it as early as January 2022, when the AFM and AMF (French and Dutch regulators) published a very unusual joint statement regarding cross-border firms operating in their territories via passporting.”

According to Kirketerp-Møller, the AFM and AMF stated that they ‘increasingly observe practices of financial firms obtaining a licence and European passport in other EU member states than that of their target audience’.

In addition, the regulators stated that these companies are prominent when it comes to offering high-risk products as well as in terms of the complaints received from consumers on their practices.

“In other words, the AFM and AMF said that firms are exploiting the lenient regulatory supervision in certain member states and the passporting regime in order to unfairly trade with clients under their supervision,” explained Kirketerp-Møller.

Due to this, the two regulators asked to transfer supervision over those firms to them. Kirketerp-Møller described this is a dramatic move, as it contradicts the very notion of a unified European market.

“Maybe that is also what prompted ESMA to use its powers under Article 16 to the ESMA Regulation, and issue, in March this year, ‘recommendations to the Cyprus Securities and Exchange Commission on the supervision of cross-border activities of investment firms’.

“And just now, on 1 December 2022, the FCA also highlighted problems of bad practices in CFD trading, related among others to firms trading in the UK via a temporary passporting regime. In a quite direct “Dear CEO” letter, the FCA made it clear it intends to prioritise this issue, and expects firms to take clear action on this,” concluded Kirketerp-Møller.

The RegTech market continues to experience boom times, with more and more take-up of RegTech technologies reflecting a growing desire by companies to acquire and use such offerings to boost their products.

In the opinion of Evgeny Likhoded, CEO of Clausematch, the past year has seen a lot of ups and downs for the sector, however, resiliency is the watchword for the market as it goes into 2023.

Likhoded remarked, “The past year has seen a lot of ups and downs for the regtech industry. Some companies have been acquired by or merged with bigger, more advanced scale-ups, showing consolidation in the market.

“But others remain resilient to the impact of a global economic slowdown, showing innovation and creativity. I think you’ll continue to see that trend moving into 2023.”

The Clausematch CEO also highlighted that one key insight seen in the industry for 2022 is that investors continue to see the increasing value of the RegTech industry, with the company cited recent research that investment in the market in the first part of Q4 2022 remained strong.

He concluded, “This further shows the growing recognition that compliance technology is not a ‘nice to have’ product, but it is a ‘must have.’ As we continue to see fines pile up for companies across the globe, companies will no longer be able to skirt by with their outdated compliance processes and procedures. This will further push regtech into board meetings and C-Suite conversations.”

While the industry is experiencing stable and steady growth, there is always a need for the expansion of innovation to deal with new and pressing challenges.

Hamad Alhelal, director of financial crime intelligence at Sigma Ratings, said, One of the biggest moments of 2022 were reports that the U.S. Treasury was looking to spur AI innovation amid pressure to fight money laundering.

“Notably, American Banker reported that while the strategy, last updated in 2020, “primarily focuses on regulatory and operational aspects of the U.S.’s fight against money laundering and financing of terrorism,” the department had recently added technological innovation as the fourth priority.”

According to Alhelal, given the above alongside the growth of FinTechs and Crypto firms amongst others and the associated issues, regulators will expect these upstarts to be utilising advanced technologies in mitigating the risks from their exponential growth. 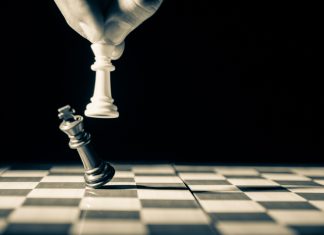 How has RegTech changed the role of the risk manager?