This makes the venture the third UK-based challenger bank to report massive losses in the past two weeks, with both Monzo and Starling Bank having doubled their losses in the last year. Monzo’s pre-tax losses grew to £115.4m and Starling’s to £53.6m.

The last year has seen Revolut more than triple its losses as the company is struggling with the fallout from Covid-19 and growing operational costs, Sifted reported.

The losses were predominantly driven by a huge hiring spree that saw its staff numbers skyrocket from 633 employees to 2,261 in the last year.

That being said, the company also enjoyed a 180% spike in its revenues since 2018, totalling £162.7m in 2019, just shy of its £180m sales target. Roughly two-thirds of that came from the 0.2% interchange fees customers pay when using Revolut debit cards.

This side of the business did take a substantial hit at the beginning of the year as the coronavirus ground global travelling to a halt.

Revolut has, however, diversified its offering by providing things such as cryptocurrency and stock trading services. The stock trading segment of the company is expected to benefit from the fact that Robinhood decided to cancel its UK rollout earlier in the summer.

Moreover, Revolut also experienced an increase in customer deposits, which grew from £890m to £2.3bn by the end of 2019.

That was despite the fact that Revolut only started operating as a full bank converting customer e-money accounts into full bank accounts this year. It did so by leveraging its Lithuanian banking licence from 2018.

“Last year was really about putting a structure in place to expand the business, so costs will not grow at anything like that rate this year,” Martin Gilbert, Revolut chairman, told the Financial Times.

The results comes after a year that saw Revolut arguably become one of Europe’s most valuable privately-owned FinTech companies on the back of it raising a $500m Series D at a $5.5bn valuation in February. It topped up this round with another $80m in July.

It should be mentioned that both Checkout.com and Klarna were valued at $5.5bn in the last year.

The last few months has also seen Revolut finally launch in the US.

The coronavirus has undoubtedly resulted in significant disruption for FinTechs like Revolut. For instance, the company has had to fight back accusations that it broke personnel laws in Poland when making employees redundant and to dispel speculations online that the business was going bust because of the virus.

However, in an interview in May, co-founder and CEO Nikolay Storonsky said that the challenger bank could also use the health crisis to its advantage as it would enable it to acquire struggling startups offering services – such as travel aggregators – that could enrich Revolut’s services.

Another obstacle for the company to overcome is to stop it from haemorrhaging top level executives. Among others, the company lost its CFO David MacLean in March just five months after he joined the UK FinTech, Revolut’s head of wealth and trading André Mohamed stepped down in April and in July COO Richard Davies announced that he would leave Revolut to become the CEO of Allica Bank.

Nevertheless, Storonsky said he and his team “are pleased with our progress in 2019” and that “despite the current economic challenges, we remain focused on our goal of moving towards profitability.” 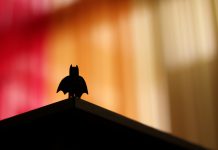 Starling Bank has raised an additional £30m but still has fever...